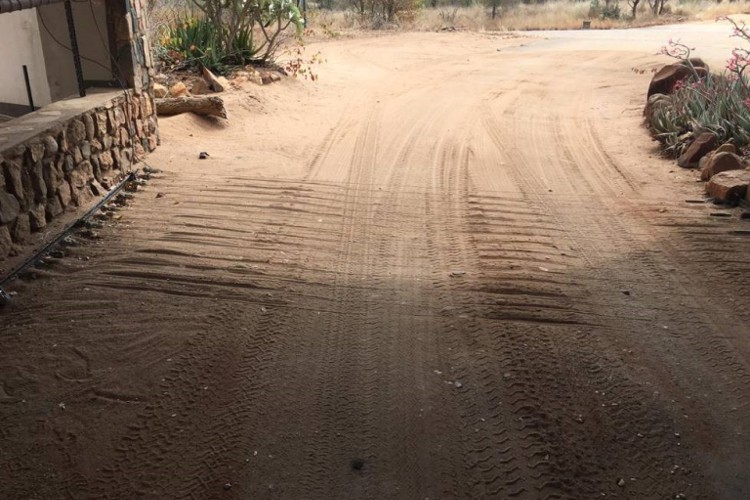 A decision was taken to conduct an experiment with a trial fence on a section of the existing fence to try and limit or negate entirely the elephant impact in the camp area.

Briefly, this will consist of a grid type system comprising of an 8-strand electric fence installed horizontally, 100mm above the ground. This grid will be 2.5 metres in width. You may recall the success we had at the entrance gate during August of last year with the persistent one tusker that was utilizing the boom gate for his nightly entrance. It is our aim to install this over a distance of approximately 1450 metres or 25% of the existing fence. The Conservation Team has been hard at work in preparation for the installation.

The picture depicts the configuration style, but wooden poles will replace the steel “Y” standards.

Based on current experience, the area chosen is anticipated to be the most likely area to be damaged daily by these bulls, as it has become the favoured route for their nightly foraging. I hope to be able to report positively on its effectiveness in the coming months. It is planned to complete the installation by end September. 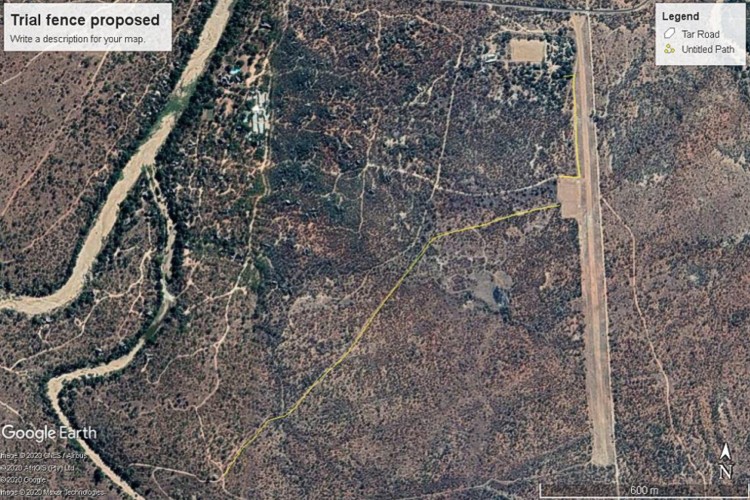 The yellow line depicts the trial section of the fence

Elephant breakages to the camp fence continued daily throughout the month. The irony of World Elephant Day which was celebrated on the 12th August was certainly not lost on myself and was celebrated in all its glory as we attempted to remove ELEVEN bulls from the camp area on that day. We were successful in removing 10 elephants, the 11th elephant repeatedly broke away from the pursuing tractors. Towards the end of August we had four elephant free days which coincided with the cold wet weather mentioned above. This was a welcome break from the daily routine.

It has been interesting to note the “new” route that is being established by these bulls to enter the camp. This is the section adjacent to the main causeway where the sand and silt from the recent water flow has accumulated at the base of the causeway, allowing an easy step down from the causeway into the river. This silt build-up has subsequently been cleared by the tractor and blade.

The small breeding herd of elephants previously referenced during the Levels 4 and 5 Lockdown, again made an appearance in the camp area for a prolonged period. Our gentle encouraging efforts to remove them were met with mixed success as we ran the risk initially of splitting up the herd because whilst the younger animals were moving back and forth under the electric fence with ease, the much larger adults did not have this ability. Fortunately, we were able to remove all of them from the camp after considerable effort .