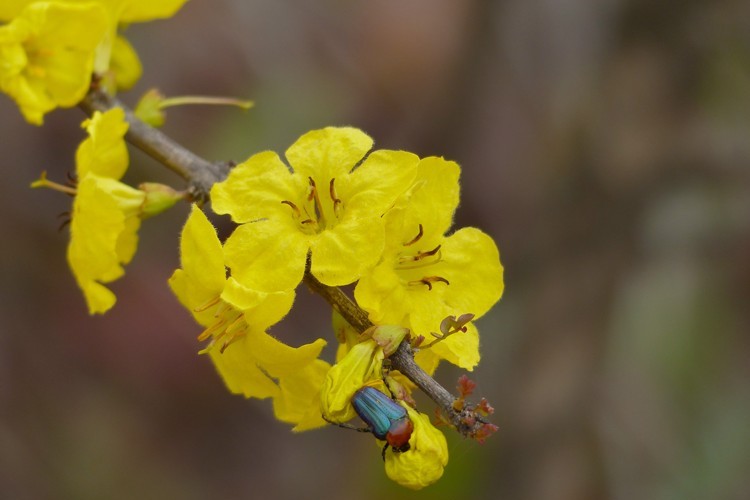 “September and the advent of Spring is a pretty special time at Ingwelala. The dry landscape is interspersed with brilliant bursts of colour from the early flowering trees, the Mopane Pomegranate,  the Cassia, and the Knobthorns, are the most striking of these with their bright yellow colours. Weeping Boer-beans were prolific in their flowering this season, bringing a contrast of deep red colour to the landscape. The windy days continued in the early parts of the month and temperatures rose significantly reminding us of the summer heat on the way. Sunsets remained spectacular and the early morning temperatures are comfortable. The rain received in late August brought the first green flush of the season.

Members numbers visiting the Reserve were again exceptional following on the record numbers for August, achieving another record high for September.

The trial fence experiment is well under way with the bulk of the month dedicated to this task. The conservation team have spent hours levelling the area and installing the structure to support the 8-strand electric fence grid. We remain hopeful to complete this at the earliest end of October. A concurrent project has been undertaken to construct the concrete cones/pyramids and trial their use for the same purpose on identified areas of the existing fence line. Four employees on fixed term contracts have been recruited for this project. This project has no specific timeline and will continue as required.

Elephant breakages to the camp fence continued through the month, but with a different trend. The bulls that had tormented us for the preceding 166 days mysteriously vanished at the end of August and have not been seen in September at all. The breakages this month came from a lone bull which made nightly incursions into the camp area. This bull avoids the electric fences, preferring on at least four separate occasions to gain access by stepping down from the concrete causeway into the Nhlaralumi. No significant damage was reported, and he was easily removed with the standard persuasion of the tractors.

A breeding herd consisting of 15 animals crawled underneath the fence mid-month. It took a full day to remove them. Interestingly, the bulk of the fence breakages during September was attributed to buffalo and giraffe. In one instance a giraffe managed to “relocate” a large section of the electric fence towards Argyle Boma. Clearly, it had made contact with the fence, and attempted to get away dragging a large section along with it.

The absence of the group of aforementioned elephant bulls resulted in the freedom to operationally undertake other conservation tasks which was extremely welcome.

Mosquito sprays in all the Member bungalows were completed during the month. Sprays were also done at all hides, bomas, Vuka Ingwe, temporary staff accommodation as well as the management houses and the workshop. The next mosquito spray is scheduled for early December.”

A few pictures of wildlife caught on a camera trap in camp: 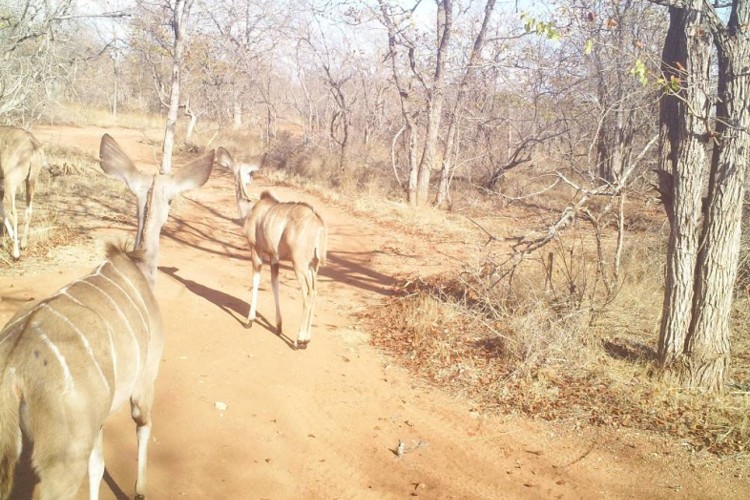 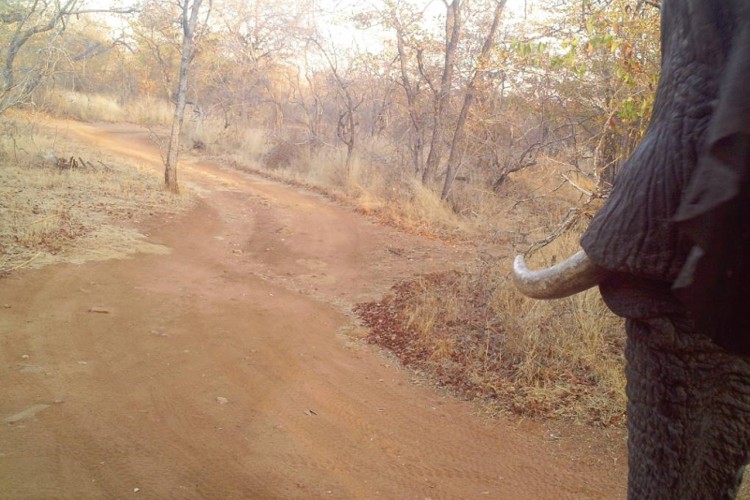 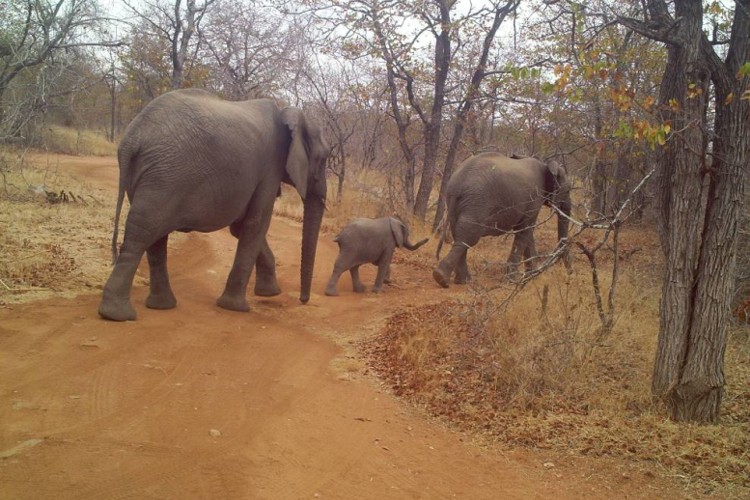 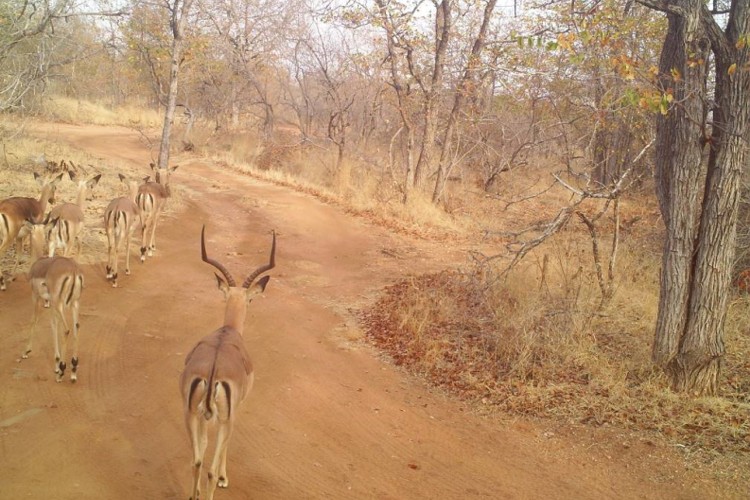