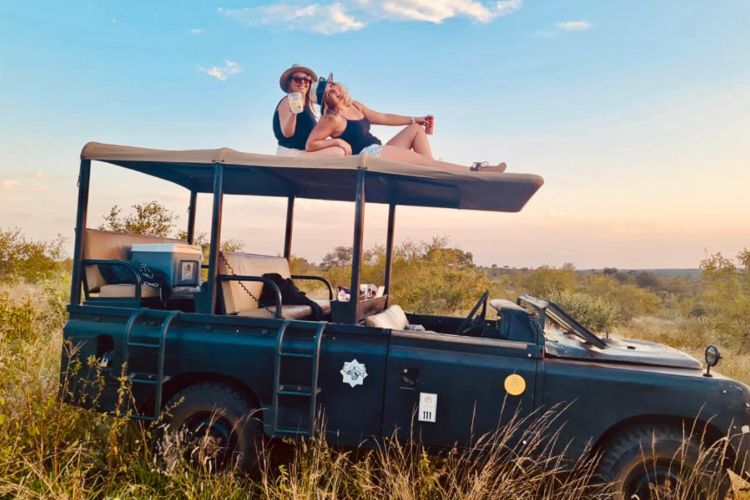 The early and mid-part of April was dictated by persistent cloudy and overcast weather which created havoc with the solar systems as reserve occupancy at the time was approaching its Easter peak.

So, again a month of mixed fortunes regarding the weather systems. Evenings and early mornings have certainly cooled off as our minimum night-time temperatures registered in the mid-teens. The days were pleasant, with a range in the upper 20’s, a maximum of 36 degrees Celsius was recorded for the month. Rainfall was persistent mid-month with 36mm falling between the 16th and 20th of April. There was one further downpour of 25mm on the 26th. In total, 60.5 mm was recorded for April. Humidity fluctuated between 51% and 89%.

April is historically a preparation month for the inevitable higher bungalow occupancies for the Easter period, and the long weekends later in the month. Road maintenance was primarily focused in the camp area itself. The rain that we received over the Easter weekend, combined with the busy vehicle traffic, created a pot-holed Ingwelala Drive that required urgent attention. Our initial maintenance efforts were then hampered by further rain, and this was put on hold until reasonable drying out of the road surface could occur. Dragging of heavy tyres together with tractor and blade soon repaired the surface. The entire camp road network was then serviced with dragging tyres as well. River crossings were attended to as needed.

All hides and bomas and picnic sites received extra attention, this included dealing with the ant infestation at Buffelsbed Hide.

As we reach the conclusion of the wet season, fire break maintenance around the bungalows and company infrastructure becomes the priority task. The firebreak preparation has commenced and will continue throughout May into early June, it is currently 15% complete.

We saw a dramatic increase in elephant numbers during April. This inevitably creates pressure on the fence structure. On most morning inspections their presence is clear. It is my belief that as we now enter the drier winter months this pressure will increase substantially, perhaps this could be considered the first real challenge to our new fence, as the last break in the fence by elephants was in the 1st week of September 2021, some eight months ago.

Unfortunately, I once again must report on damages to the automated gates. There were two separate incidents of vehicles hitting gates, where fortunately no major damage occurred. In the more serious of the two incidents, the gate exit to Argyle adjacent to the main road was hit by a vehicle causing a dead short on the electric fence as well as some structural damage to the gate.

The red water fern infestation at the main causeway is again on the increase, this will be dealt with in the coming months.

As documented previously, the two conservation interns, Zabe and Amanda, joined the Conservation Team for the remainder of 2022. The past month was very much an orientation exercise for them as they find their bearings and familiarize themselves with the work undertaken by the conservation crew on a regular basis. Their experience this month included burning, mapping, alien plant eradication, firebreak preparation, hides and bomas maintenance, and road maintenance.

There were again water losses during the month, the bulk of these were on the Giraffe Road mainline, other minor leaks were repaired in the camp area.”