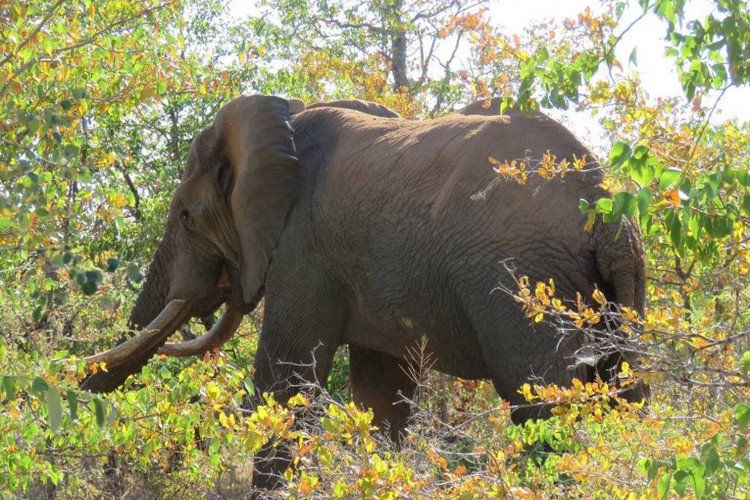 The collared bull elephant, named Matambu, previously reported on for suffering injuries from suspected fighting, has been seen regularly at the Ingwelala causeway, drinking during the mid-day period.

Matambu was treated for his injuries and appears to be making a good recovery. He has been in the company of two other bulls. Matambu has limited eyesight due to cataracts. We will continue to monitor Matambu’s condition, he has lost considerable weight, and report back whenever possible.