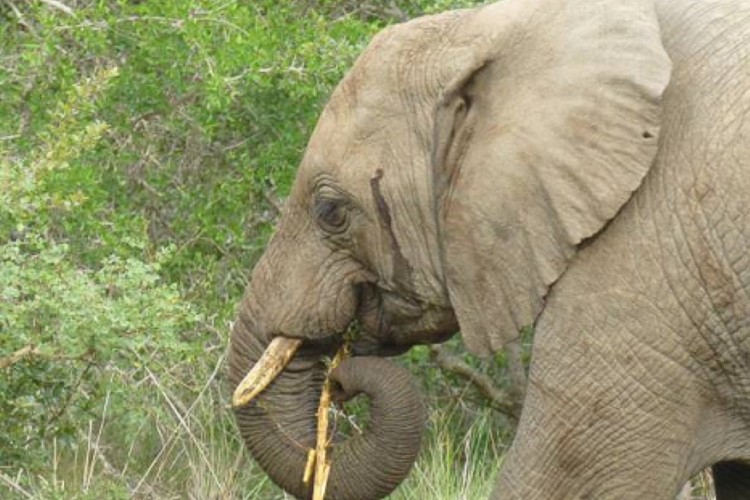 “This July was a continuation of the previous month with little change. Elephants continued their daily and nightly incursions through the electric fence into the camp area. There were zero elephant free days during the month. Some younger bulls have been pushed into the camp area and one in particular is extremely hesitant to cross out across the fence lines despite our best efforts. He fortunately is not one of those responsible for the bulk of the damage.

Dr Michelle Henley from Elephants Alive was here mid-month to assist with our ongoing elephant issues. An experiment was initiated with applying a chilli infused cloth on certain hotspots along the fence line. This had limited success as the elephants were clearly put off by the pungent smell, but the longevity of the chilli was compromised by the environmental conditions. There is merit in this methodology, but further experimentation will be needed to find a means of keeping the chilli active and not drying out. A new batch of chilli will be on site soon with a differing ‘recipe’ which will be reported on in the coming months following further experimentation.

An experiment was conducted mid-month with the use of a drone on two elephant bulls that were proving particularly resistant to moving out of the camp area. Their initial reaction to the drone was certainly in our favour, as they moved away quite quickly from the disturbance. However, they then moved into some thick riverine bush and ignored any further efforts from the drone above. All in all it was an interesting trial as to the possibility of utilizing a similar application for deterring or moving elephants, but as with any method, we will have to be cautious in our thought processes so as to not “habituate” the animals to this option which appears to have limited success.

A helicopter was deployed during the third week of July to assist with removing the seven elephant bulls from the camp area and surrounds. The stubborn younger bull would not leave the camp area despite the efforts of the helicopter and accompanying siren. The remaining six bulls were pushed into the adjacent properties to the east of Ingwelala. Within eight hours the same bulls had all returned to the camp area. On this occasion the exercise did not achieve a satisfactory result.

A significant purpose of the visit from Dr Henley was an in-depth discussion as to what exactly the attraction is within the camp confines that keeps these bulls returning endlessly. With this in mind it needs to be remembered that these bulls commenced breakages in late February at the peak of the summer vegetation growth. The fruiting of the Marula trees can be attributed to a small portion of this. However, at that specific point in time, the vegetation on the outside of camp was no different to that inside. Water was freely available in the river systems outside the camp.

Are we therefore creating nutrient hotspots through our septic tank/French drain/grey water dispersal?

Should we be investigating the possibility to make the browsing vegetation within the camp confines unpalatable through the use of green or eco-friendly products?

A few more thoughts to ponder over:

One thing for certain is that there are far more questions than any conceivable answers.

In addition, I found these three pictures captured on a camera trap in camp  to be remarkably interesting. Bearing in mind the camera is not in position 24/7, over a six day period this elephant passed the camera on the exact same path and within a reasonable time-period.

This “habitual” trend supports the observations when there was a breeding herd in residence in camp, during Lockdown Level 5, where they rapidly established preferred paths/routes and routinely passed by landmark points in camp at a similar time each day." 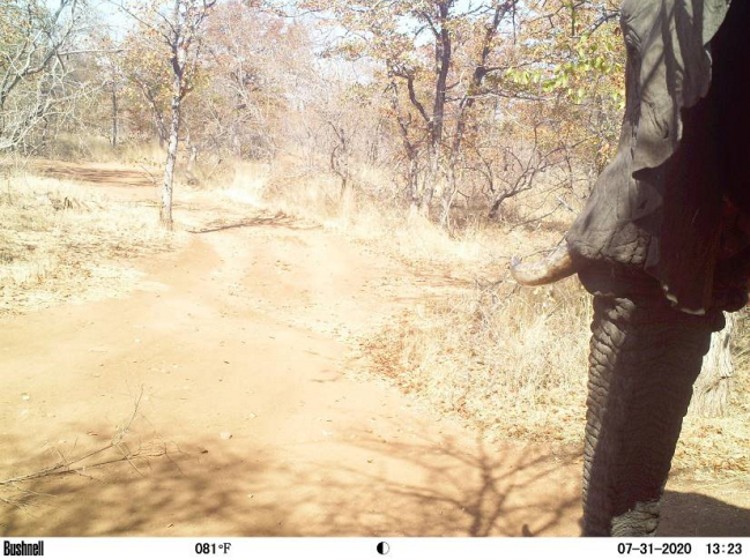 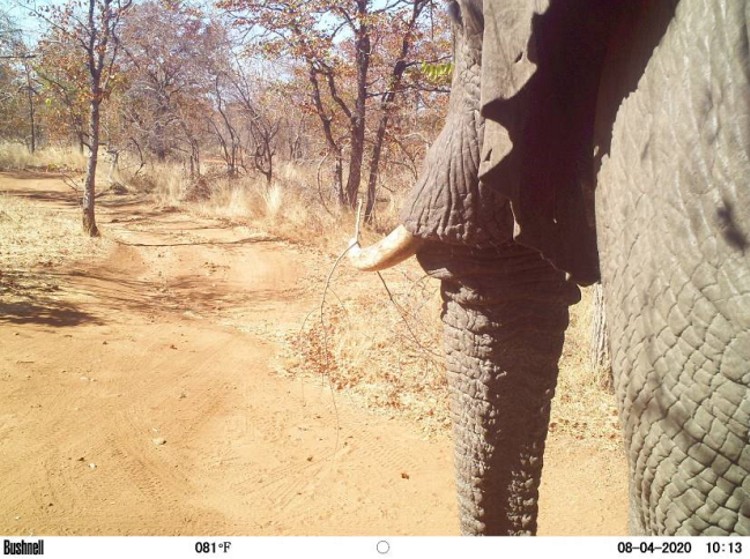 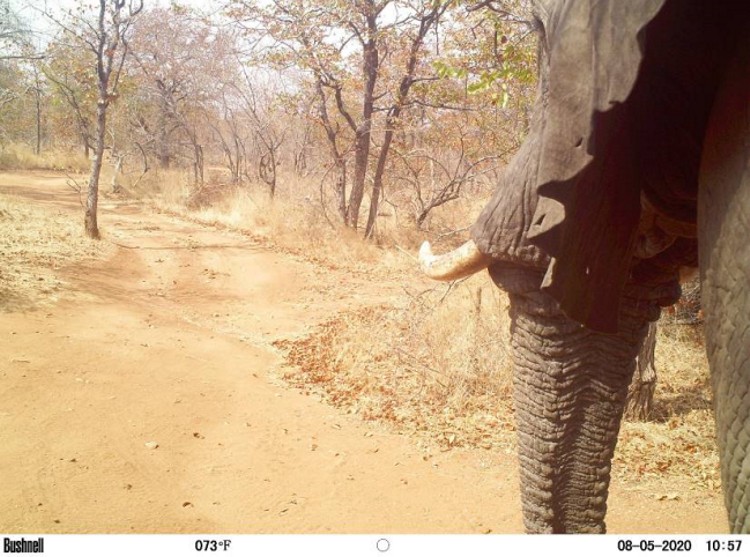