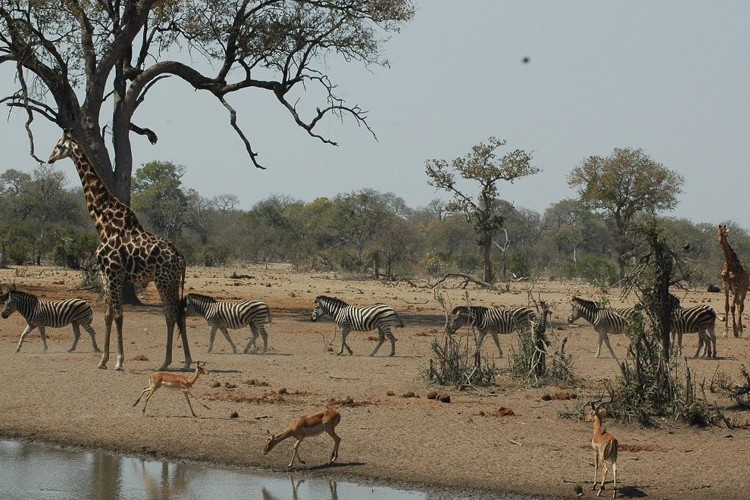 There has been widespread coverage of the current drought in the media: this leads one to speculate just how severe this drought is at Ingwelala, compared with previous droughts.

Rainfall records have been kept at Ingwelala since the early 1980s and, during this period, there have been three severe droughts including the current one.

The timing of these droughts is summarized below

Analysis of the rainfall

A spreadsheet was used to analyse the rainfall data for Ingwelala by performing the following steps. 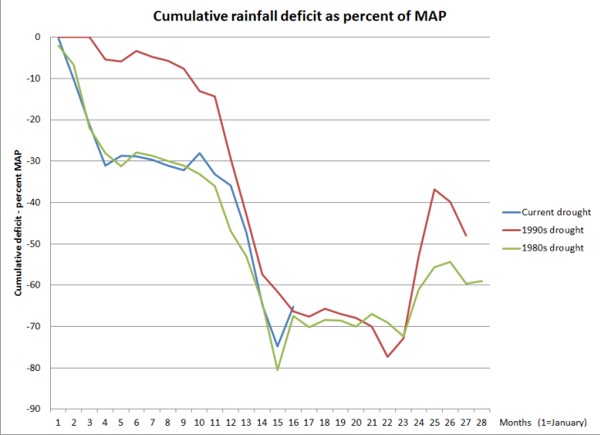 The diagram shows that the current and 1980s drought follow a similar pattern, even to the extent of some recovery in March (month 16). The 1980s drought is seen to persist until November 1983 (month 24), when good rains reduced the deficit to a degree. The 1990s drought has a different pattern, with a slow start but severe deficits from about month 12 (December 1991) and persisting until month 22 (October 1992), after which good rains brought about a significant recovery and even floods in the December, January period.

What is of interest is that all three droughts reached a maximum deficit of around 75 to 80 percent. However, it remains to be seen whether the current drought will also experience significant relief in the coming summer – let’s hope so.