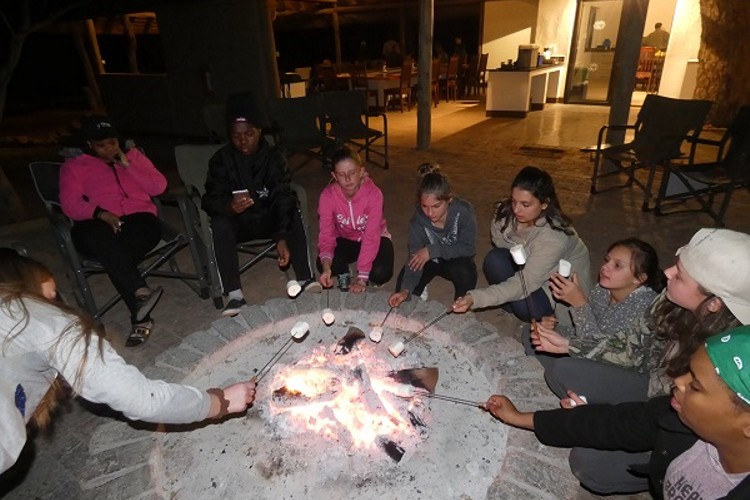 The second part of the CSI was being able to host 10 Girls from the Louis Botha Children’s home on behalf of Ingwelala.

This special project has been in the planning stages for just over a year and finally came to fruition on Sunday the 07th July with the arrival of 10 Louis Botha girls accompanied by their social worker, Lientjie. They were joined by two more SHR’s Pieter and Carin Truter as well as two JHR’s Leyla and Adriaan Oberholzer.

After a hearty breakfast, the activities kicked off with a fascinating presentation by Pieter Truter on the snakes typically found in Ingwelala, how to react when one comes upon them and what to do in emergency situations. Ably assisted by Jane with a rope snake, the kids now know how not to handle a snake.

With morning, afternoon and evening game drives, a wide variety of animals were spotted, Impala being the most common, elephants were seen up close not to mention, kudu, zebra and giraffe. Lions proved elusive and all we could find were spoor. The camp was also abundant with wild squirrels, banded mongoose and yellow billed hornbills. A pack of wild dogs visited the waterhole not far from camp which the kids were very lucky to see.
On Tuesday the 09th, we were exceptionally privileged to have Dr. Michelle Henley – senior scientist and principle researcher for Elephants Alive do a presentation about the importance of and why they need to be protected. Elephants Alive is a registered Non-Profit Organization and their mission is to ensure the survival of elephants, their habitats and to promote a harmonious co-existence with man.

The information and statistics Dr. Henley provided was mind boggling and she had the children sitting in awe, our JHR’s especially. After the presentation we headed off on an “elephant hunt” – searching for a collard bull named Bamboti. We were granted special permission to traverse various adjoining private properties in the search for this particular elephant. Jane, Jordan and I were in the lead Elephant Alive vehicle with Michelle, and her fellow researcher Ronnie Makukule, who has the astonishing ability to identify known individuals by sight alone. Kevin and Emile followed with the rest of the group in their two vehicles.

Ronnie used satellite GPS to track Bamboti and we got to within 600 meters of his location. We stopped and Ronnie’s colleague Joel showed everyone how to use the radio signal tracking device. He located Bamboti but didn’t indicate the actual direction that he picked the signal up from. We then took turns to try and find which direction we should travel. After about ½ hour those who gave it a go stood in a line and pointed in the direction they believed Bamboti to be. They all got the general direction correct and we headed off to try and find him. After quite a bit of driving, we just couldn’t find him because as large an elephant is, if he doesn’t want to be found then he can very easily disappear. We did get to within about 300 meters but decided to give up and head back for lunch. On the way, we came across a magnificent un-collared bull which Michelle didn’t recognize however Ronnie upon seeing both ears identified him as Targaryen.

The Junior Honorary Rangers and Louis Botha Children’s Home have been given the honour of naming the next un-named bull elephant to be collared by Elephants Alive. We have chosen the name LOUIS.

The rest of the camp included more interesting lectures by Pieter about the trees endemic to Ingwelala including the greater Kruger as well as insights into the stars and planets one evening.

The kids also had time to relax around the camp swimming pool where stories were shared and friendships cemented. They also had the opportunity to decorate their own cupcakes and it was amazing to see these kids expressing their creative talent

After dinner on the final evening, Emile presented each child with their own Ingwelala Sibon Camp certificate which resulted in the broadest smiles and biggest hugs. No doubt, these will be treasured for years to come.
After many hugs of thanks and bidding the Louis Botha kids a safe journey home, we waved their bus off and proceed to pack up and prepare for our own journey home.

For the duration of this special project, we as facilitators keenly observe the interaction of our juniors with the girls from Louis Botha. These girls come from a Children’s home that provides a safe haven for children removed by the South African Children’s Court for reasons of abuse, neglect and poverty.

The purpose of the July camp was to provide these girls with the chance to experience the natural beauty of our country, an opportunity they may never have had due to their circumstances. Nathan, Niané, Jordan, Adriaan and Leyla didn’t see these girls as anything other than equals, kids who they enjoyed spending time with, getting to know and sharing their own stories and what they have learned as JHR’s.

We believe that through special projects such as Sibon camp, potential Junior Honorary Rangers from the home can be identified and sponsored into the JHR program. Our focus, although mainly educating our youth in conservation, also extends into the school curriculum and we hope to further embrace and incorporate social responsibility as well. We currently have two JHR’s participating in the President’s Award and although they weren’t available for this camp, the JHR CSI program will hopefully provide valuable assistance with them attaining their award.

Being behind the camera, I got to intimately observe the interaction of our juniors with the staff village kids as well as the Louis Botha girls, children from totally different socio-economic backgrounds. What I saw were kids just being there for other kids, laughing, playing, forming friendships and learning valuable lessons along the way.

I am delighted to report that Emile received confirmation from Ingwelala that due to the hugely positive feedback and resounding success of this special project, that this will now be an annually sponsored event. The value of the sponsorship for the accommodation, the game drive vehicle and conservation fees for this CSI project was just under R30 000.00.

I have no doubt that we chose our junior’s very well as they were exemplary in their behaviour and representation of the SANParks JHR’s. I was in utter awe and so very proud of them and I look forward to seeing the next group of Juniors in action. 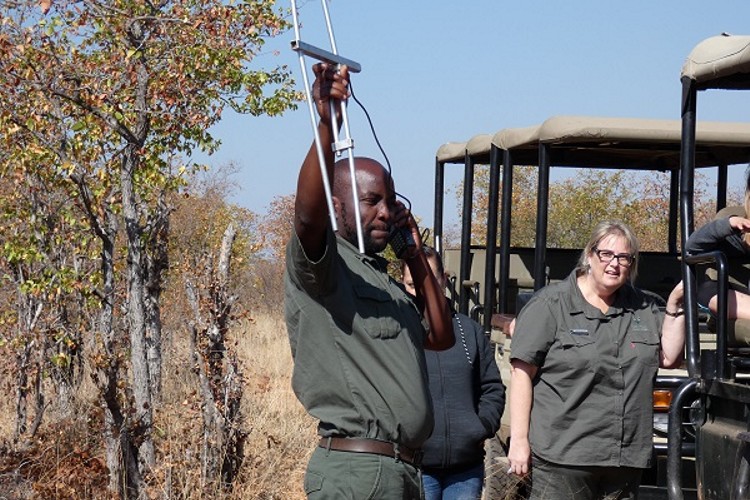