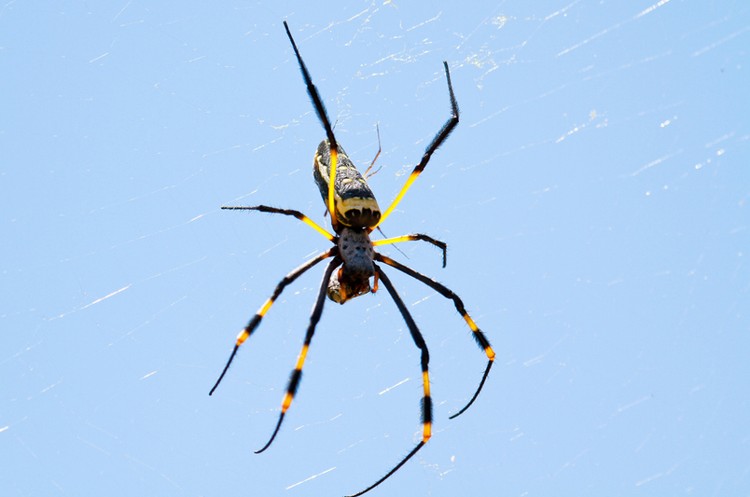 An outstanding feature in the Ingwelala landscape during March was the Golden Orb spider. There were hundreds of them everywhere, spinning and guarding their webs, and going about their spider business.

Those that are more visible and eye catching to the observer are of course representatives of the female gender. The female orb can be up to a thousand times larger than the smaller and more discreet males which are less than 10% of the female size. Several males may cohabit on the web and are usually found at the top of the web. The female sits at the hub of her web, facing downwards, and waits for insects to become trapped in the web. She then wraps her prey in silk to immobilise it, killing it with a bite, before moving her quarry to the centre of the web for consumption or addition to her food store.

Facts researched from the Internet, text by John Llewellyn