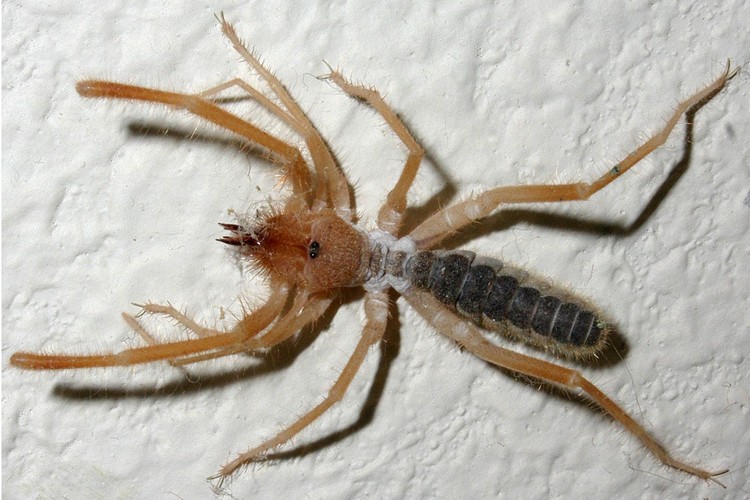 With the change of season, you may have noticed that the very scary looking solifugids have started making frequent appearances on your walls and floors, or in your shadow.

The sight of this critter can cause your blood to chill from its bloodcurdling appearance, with the body of a hairy spider and a face with jaws that resemble a crab’s pincers. What is particularly frightening is the way they run towards you and seem to actually follow you through the house.

With this sort of appearance and behaviour description, Solifugids can appear to be your worst nightmare. But what are the true facts about these very unique creatures?

What Are They Doing in Your House?

By Paige Ezzey (Conservation Intern). Facts researched off the internet (Wikipedia and other solifugid related sites)