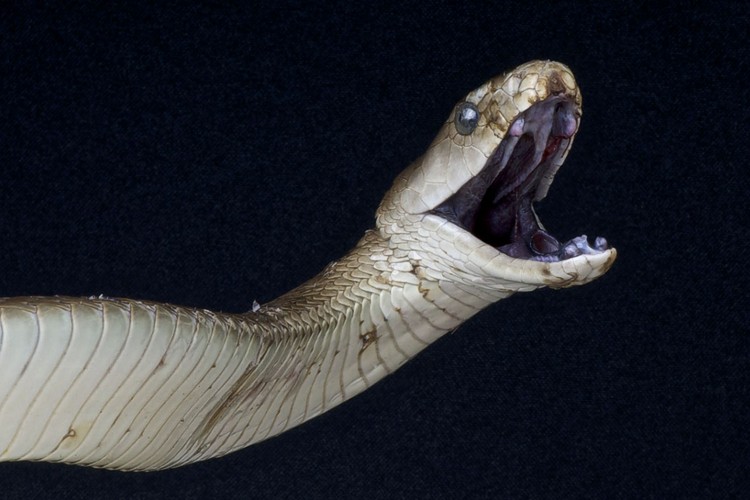 Johan Marais is a world-renowned herpetologist who very kindly provided Ingwelala with the following educational material on snakes that we are likely to encounter in South Africa.

Snake activity has increased as the weather warms up and the summer rains have arrived. So how do people get bitten by snakes and which snakes are the main culprits?

The majority of snakebites happen in the early evenings, especially in the warm, wet months from January to April/May. Snakes are most active then and the majority of victims are children that accidentally stand on snakes, followed by subsistence farmers that work the land, usually barefoot and using hand tools. Over 85% of all snakebites in Southern Africa are inflicted well below the knee. A number of people are also bitten whilst in the process of killing or capturing snakes but this makes up for a small percentage of victims.

Snakes are by no means aggressive and there are no snakes in Southern Africa that chase people. If you are 5 m or more away from any snake you are perfectly safe and cannot be bitten. The majority of snakes move off rapidly when disturbed and this also applies to the Black Mamba. It is not an aggressive snake and this is borne out by the few bites reported annually – usually less than a dozen. But if cornered or threatened it will gape, exposing the black inner lining of the mouth, and may even form a narrow hood. A cornered or threatened Black Mamba will not hesitate to strike and may even bite a few times in quick succession.

The Mozambique Spitting Cobra is problematic. It is abundant where it occurs, active both in the day and the evenings and often ventures into people’s houses. If stood on, and this often happens at night, it will not hesitate to bite. It also has a reputation for biting people while asleep and the theory is usually that it seeks the warmth of the human body and if rolled onto, the snake will bite. This is not the case for a few reasons: in defensive bites people often receive what is termed ‘dry’ bites – the snake bites and the victim has no symptoms or mild symptoms. This happens in about half of all snakebites reported. In cases where sleeping victims are bitten by this snake, usually in the face, chest, arms or even in an eye, there is usually severe envenomation, typical of a feeding bite. Mozambique Spitting Cobras are ferocious feeders and eat virtually anything that moves including rodents, frogs, birds, snakes and other reptiles. It appears that they are ending up in houses and mistaking people for a meal.

Puff Adder (Bitis arietans arietans)
Puff Adders are extremely widespread and are slow-moving snakes that rely on excellent camouflage to avoid danger. Most of their time is spent in camouflage mode and they are near impossible to see. Most of you are probably aware of the excellent research that was done by Prof Graham Alexander and his team at Animal, Plant and Environmental Sciences at Wits University with regards to Puff Adder behaviour. They found that when a Puff Adder is in camouflage mode (this research was done in Denokeng Reserve in Gauteng), they will not strike, even if trodden on. They also found that these camouflaged snakes are odourless and invisible to predators such as honey badgers, mongooses, civets and a variety of other carnivores that rely heavily on their sense of smell to detect prey. But when on the move, especially at night, this ill-tempered snake will puff and strike quickly if stood on.

It is by far one of the fastest striking snakes in Africa and has long fangs that may reach close on two cm in length.

Rhombic Night Adders, despite the common name, are largely active in the day and in some areas of KZN and the Eastern Cape account for many bites. Again, this happens largely when a snake is stood on. The venom of the Rhombic Night Adder is cytotoxic and although not considered potentially lethal, may result in alarming symptoms that could require hospitalisation. Do not underestimate the venom of this snake.

The Stiletto Snake spends most of its life underground where it feeds on snakes and other reptiles but does surface at night, especially after heavy summer rains. Individuals often end up in swimming pools. It is a nondescript dark brown to blackish snake and because of its blunt head, it is often mistaken for a Mole snake. The Stiletto Snake has massive fangs that stick out of the side of the mouth (hence the common name side-stabbing snake) and it is one of few snakes that cannot be handled safely in any manner. Any attempt to handle a Stiletto Snake, even if captured behind the head, will result in a painful bite. The venom is potently cytotoxic and causes severe pain, swelling, blistering and tissue damage. Many victims that are bitten on a finger or thumb lose a digit or two.

There is nothing that repels snakes – including Jeyes Fluid, chlorine, petrol, diesel, plants or the commercially available snake repellents. Keep your property clear, remove building rubble and piles of rocks and bear in mind that water features attract frogs – a favourite prey item for many snakes. If you live on a smallholding or farm (and this applies to suburbia) ensure that you do not have big gaps under doors that will allow snakes to enter your home.

If you do not as yet have a copy of our First Aid for Snakebite booklet, contact Ashley to order one: (This email address is being protected from spambots. You need JavaScript enabled to view it.).

The local reptile centre in Hoedspruit, Kinyonga Reptile Centre, through Donald Strydom, kindly provided Ingwelala with the following guidelines on what to do and what not to do when confronted by a snake bite. It is stressed that each circumstance will vary, and the best action is always to seek immediate professional medical attention.

The venoms of snakes are intended by nature to assist the snake's digestion and not primarily to kill prey or enemy.

Snakes are one of the most feared animals in the world yet they are placid and gentle creatures. A snake will never attack a person, as we are considered an enemy and they will try and keep out of our way. Snakes are not slimy and wet, nor do they always feel cold. They take on the temperature of their surroundings, so in most cases snakes feel quite warm to the touch. As far as snakes being dangerous is concerned, did you know that more people in the world are struck by lightning than are bitten by snakes, not to mention road accidents in South Africa?

Venoms
The venom of a snake consists mostly of proteins and enzymes and these are intended by nature to assist with the snake's digestion, and not primarily to kill prey or enemy. A venomous snake will not always inject its venom and even if it does, in most instances a minimal dose is injected, unless it was threatened or being caught or killed. A Boomslang, Africa’s most venomous snake, is known for giving a dry bite, and this is where the fallacy arose that it cannot easily use its back fangs.

There are basically three types of venoms that snakes have:

Treatment
The following steps are intended as an emergency guide to the treatment of snake-bite and can be applied to all types of snake venoms. Hospitalisation is still necessary.

What not to do!

Note
The crêpe bandage mentioned in "What to do" for snake-bite works by firstly compacting the lymphatic tissues and thereby slowing down the spread of venom without stopping any blood flow. By doing this a small percentage of venom is going to be absorbed by the lymph glands, fatty tissue and interstitial layers so rendering it neutral. This compacting of tissue also keeps tissue cells together for a little longer which is vital in the case of a cytotoxic bite. (Cytotoxins destroy tissue and blood cells)

Facts researched off the Internet, text by John Llewellyn.