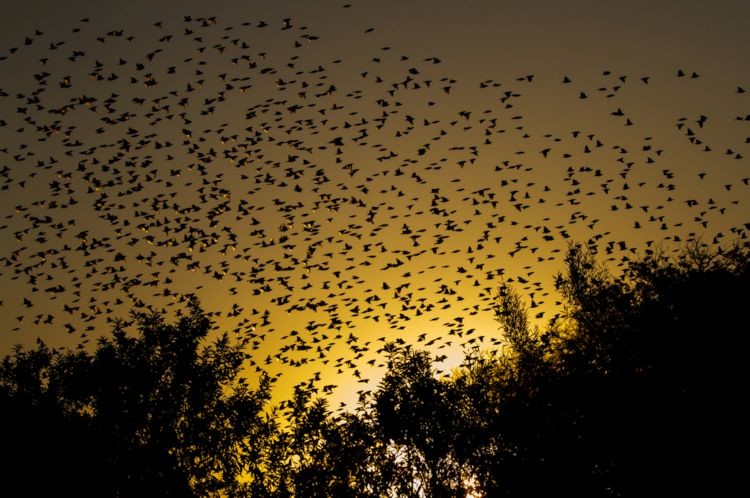 The most striking activity during the reporting period has been a sudden influx of thousands upon thousands of red-billed queleas (Quelea quelea). To describe their numbers and activities in words is almost impossible.

This is a show of natural wonder in the skies that only eye witnesses might truly appreciate.

In the previous Reserve Report, I drew attention to the abundant biomass of grass seeds this season, suggesting perhaps Nature’s way of re-establishing its resources to recover from a stressed period of drought? Well the Red-billed queleas are literally making hay while the sun shines. There are massive flocks of these little seed eating birds all over, flying together in their thousands in tight formation, their collective wing flapping best described as the sound of slow flowing water.

Red-billed queleas belong to the weaver family, occurs sub-Saharan Africa, and considered to be the most abundant wild bird species globally. Population estimates are in the billions. The IUCN conservation status categorises the quelea as “least concern”.

Given their sheer numbers, and their diet preference of seeds, it is little wonder that they are attracted to the cultivated lands of grain and cereal farmers and can cause large scale destruction to standing crops. Classified in agriculture as pest, and because they are prolific breeders, man has struggled to make an impact on population numbers of Red-billed queleas. Their feeding habits have aided maintaining their massive numbers.

Red-billed queleas are nomadic and capable of migrating large distances to suitable feeding grounds and may breed as many as three times per year. During breeding cycles, the males develop a bright red bill with plumage becoming more colourful from the standard light brown form. Female bill colour changes to dull yellow when breeding, from the usual red. Queleas are monogamous breeders. Usually 2 – 4 eggs are laid. Incubation is 10 to 12 days. Chicks are fledged about 12 days later.

Diet also consists of insects such as bugs, beetles, dragonflies, crickets, termites and ants. These are taken in the air or hunted from perches.

The main predators of adult quelea are falcons, storks and herons and at water points terrapins and crocodiles feed on them. A myriad of predators feed on quelea chicks and fledglings ranging from raptors to vultures to storks to snakes and to rock monitors 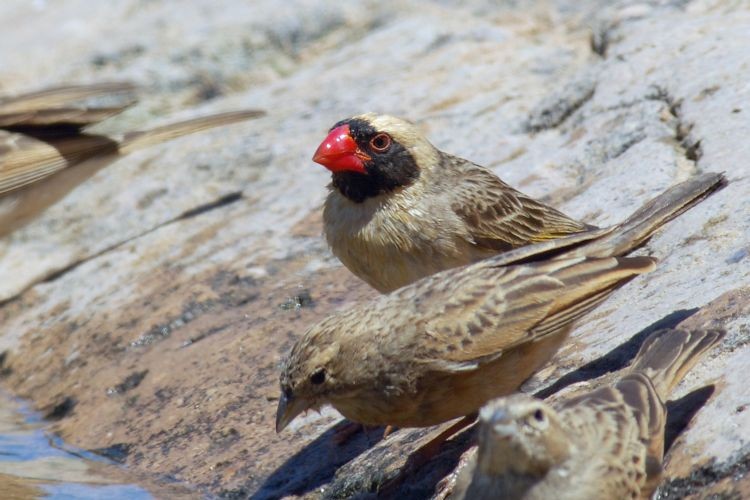