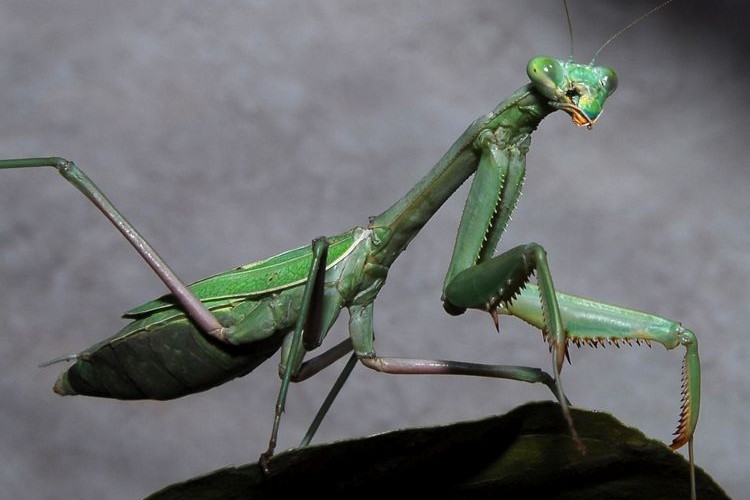 Each (summer) season that passes on its own peculiarities, and this season was no exception. One phenomenon was an abundance of praying mantises, of various species, shapes, colours and sizes.

The world of entomology is a massive field in its own, just in the order of Mantodea which represent mantises, there are more than 2400 species identified.

Distinguishing characteristics of praying mantises are their extended oblong bodies with triangular heads joined to highly flexible necks. The eyes are large, as are the exaggerated sizes of their forelegs. It is the characteristic stance of how they hold their forelegs that give them the common name “praying mantis”, these large forelegs specially adapted to catch and grasp their prey. It is derived from the Greek word mantikos, meaning prophet that describes the forelegs clasped together, as if in prayer.

Praying mantises are more common in tropical regions, have been around for a long time because the earliest fossil finds are considered to be more than 140 million years old.

Mantises are cunning diurnal hunters, using colour for concealment, and using their impeccable eye-sight to locate their prey. Some studies show they can detect movement from 25 metres away. The two compound eyes contain thousands of ommatidia which assist with crystal sharp vision.

Cannibalism is known to take place, sibling on sibling for example, as well as sexual cannibalism where the female may eat the male after mating takes place.

“Eat, or be eaten” as we often hear this metaphor, and to avoid being eaten mantises need to watch out for hungry birds, lizards, geckos, insectivorous bats and frogs who love making a meal out of them. Again, mantises are masters of camouflage, and they blend with their back-ground objects to avoid detection by predators. In the wild, the average life span of a mantis is 12 months.

The size of a mantis can vary from 12mm to 150mm in length. Once sexually mature, mating takes place where after the female lays hundreds of eggs. The eggs are protected in a cocoon type structure before the nymphs hatch. In colder climates, this egg protection forms a hard case referred to as an ootheca. Nymphs at the hatching stage appear in the form of mini mantises, minute copies of the adults.

Mantises are not fussy eaters, consuming a large array of palatable insects, crickets especially among their preferred foods. Praying mantises are closely related to cockroaches and termites.