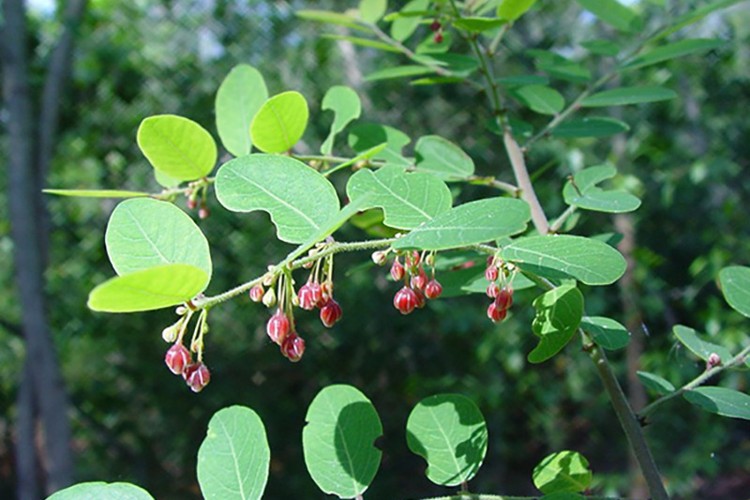 Nature provides plenty of tangible evidence that there is a change in seasons. However, an endearing olfactory clue for me that there is a shift in season is the early evening scent of the potato bush, Phyllanthus reticulatus.

As the evening twilight prevails, and temperatures become cooler, the potato scent is unmistakable, one of Africa’s characteristic smells. What seems strange is that the scent is often perceived to be stronger some distance from the plant compared at close quarters. It is for this reason that the plant is sometimes misidentified or not easily discovered. If out on a late afternoon game drive, you may feel the thermo-clines as you dip through the drainage lines and river crossings, and your sense of smell will alert you to the presence of potato bushes in these cooler air pockets as they really enjoy growing in riverine thickets.

The potato bush usually grows in the form of a shrub which may reach a height of 4 metres, to find it in tree form is rare. It has multi branches which produce copious numbers of tiny leaves. Leaves are ovate-oblong in shape growing to a length of about 2.5 cms. It flowers from as early as July and it is these small clustered flowers, usually yellow in colour, which are responsible for the scent. The flowers only open during the early evening. Both sexes occur on the same shrub in typical groupings of one female to a number of males. The fruits are small and berry like, and black in colour when mature. Fruits occur from September. Birds and vervet monkeys enjoy eating the fruit, though it said in mild quantities as it is thought large volumes can result in toxic poisoning. Some game species browse the plant.

The conservation status of potato bush is “least concern” as listed in the Red List of South African plants (2009). Potato bush is widespread in Africa.

Traditionally there are communities who use the fruit to dye fishing nets, a concoction of the leaves and fruits are used to treat burns and sores. Some studies suggest that it has anti-diabetic benefits.