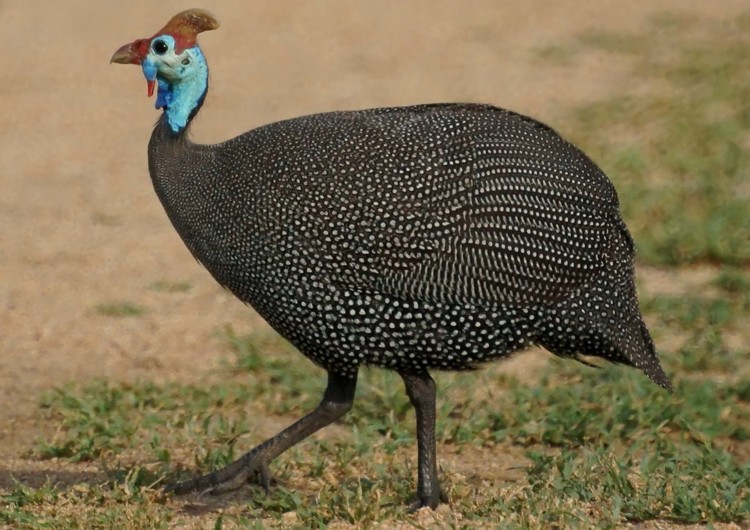 A definitive sound in the dawn chorus at this time of the year is the enthusiastic contribution from the Helmeted Guineafowl (Numida meleagris).

Returning to normal flock life after a lengthy breeding season that lasts from October through to April, they are highly gregarious and quite noisy as they go about their daily routine. Helmeted Guineafowls have a wide distribution in Africa, and although they are endemic to Africa they have been introduced to many other places in the world, including Australia, France and the West Indies. During the breeding season the birds pair off, making a very simple nest which amounts to a basic scraping on the ground, but is extremely well hidden, and usually unlined. The hens produce an average clutch of a dozen eggs. Incubation is 24 to 28 days. Chicks develop rapidly and begin with basic flight skills within their first week of life. Their lifespan is estimated at about 12 years.

Helmeted Guineafowls are not fussy eaters; they are omnivores, so they eat almost anything. Natural diets consist of seeds, insects, grubs, spiders, lizards and fruits.