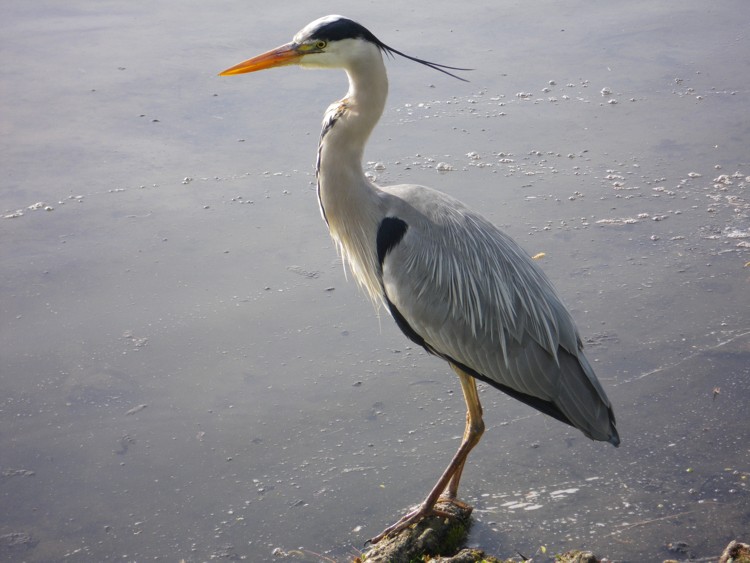 Grey Herons are commonly found in South Africa, and it may be confused with the Black-Headed Heron (Ardea melanocephala).

The main identifying characteristic is to look at the head. The Grey Heron has a black streak on its head whereas the Black-Headed Heron has a solid black head. Feathers are predominantly grey. Grey Herons are waders, they have long legs and can measure up to a metre in height. Average body weight is 1.5 kilogrammes. The preferred diet is aquatic creatures, feeding in shallow water or from the bank. The beak is large and pointed to assist its predatory behaviour. It is not restricted to fresh water only, being able to adapt and feed in shallow salt water if necessary. Diet is fish, frogs, insects, beetles and small birds.

Grey Herons breed in colonies, known as heronries. Breeding takes place in spring. Incubation of a clutch of 3-5 eggs is approximately 25 days.

Both parents feed the chicks which fledge after two months. Heronries can be rather noisy with adults and chicks vocalising.

In flight herons curve their necks into a characteristic “S” shape, whereas other species such as storks fly with a straight outstretched neck.

Grey Herons are known to regurgitate “furballs” which is a bolus of indigestable material.

Facts researched on the Internet, words by John Llewellyn.