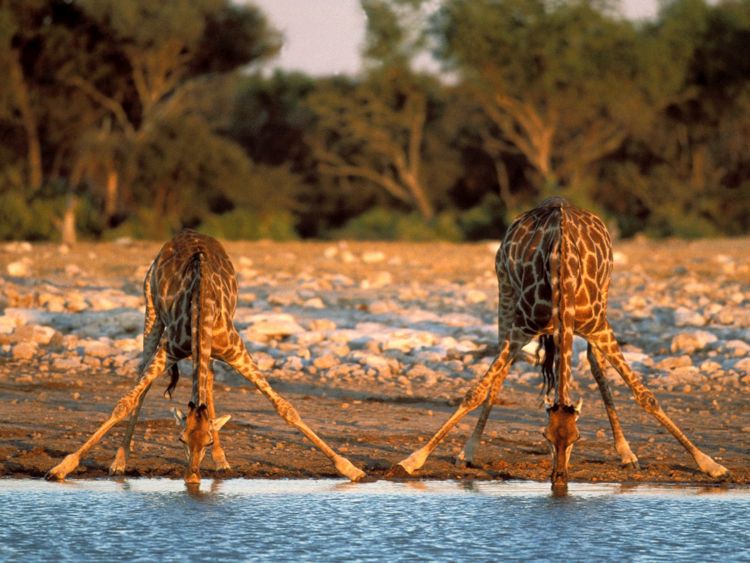 The giraffe (Giraffa camelopardalis) is an animal that has always fascinated me, its shape and size unmistakable in the African savanna with its intriguing physiological adaptations.

The long extended neck is the best example of a special and distinguishing characteristic of the giraffe. In Afrikaans the giraffe is called a “kameelperd” referring to its camel like appearance. There are nine subspecies of giraffe, distinguished apart by coat patterns and different range distributions. The South African giraffe (G. c. giraffe) is the subspecies that occurs on Ingwelala. Giraffes are the tallest land animals, up to 6 metres in height, the Zulu name, “ndlulamithi” translates as “taller than trees” aptly describes this characteristic.

In Africa giraffes range northwards from South Africa to Chad in the north, and east west from Somalia to Niger respectively. They can tolerate arid conditions.

In adults, males weigh about 300 kgs more than females. Both sexes have horns which are actually called ossicones. In contrast to regular horns, ossicones have a skin cover and are vascular. In males the ossicones are thicker in appearance, often void of hair tufts that females have and are used in fighting. The tongue is unusually long, and assists the animal when browsing. Papillae line the inside of the mouth which is protection against thorns and sharp twigs.

Giraffes are browsers, at Ingwelala their food preferences will be from the more common occurring Genera such as Acacia, Combretum and Terminalia. Observations in time have noted giraffes occasionally licking bones from carcasses. They are the largest ruminant. To facilitate regurgitation for purposes of “chewing the cud” the oesophagus muscles are exceptionally strong. Despite having such long necks, they have seven neck vertebras like all mammals, only that the giraffe neck vertebras are very elongated. Time spent feeding each day can be as much as 20 hours, eating approximately 30 kgs of browse.

The strongest social bonds are between females and their offspring. Although giraffes have home ranges, they are not territorial. Adult males will compete for females in estrus, where a courtship takes place. Gestation is usually 15 months. Females give birth standing up, the calf dropping some distance to the ground. The calf is around 1.8m in height and can stand on its own soon after birth. Calves are vulnerable to predation and spend much of their early time in hiding. Males play no part in protecting or raising the young. 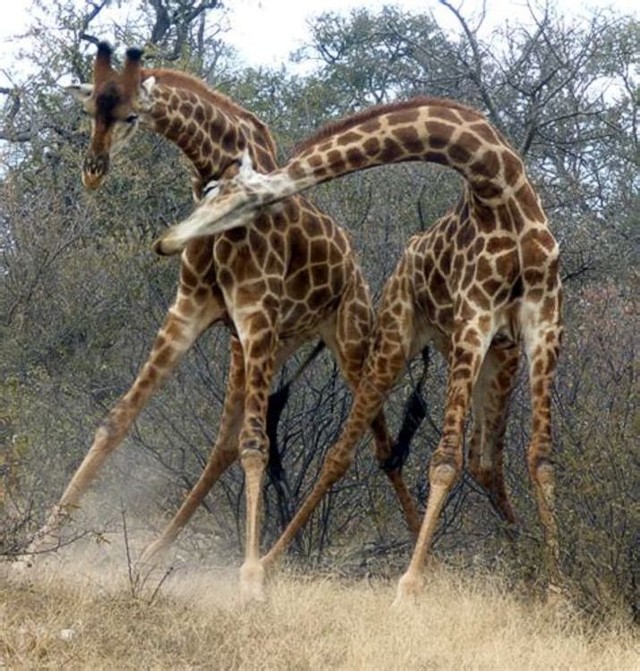 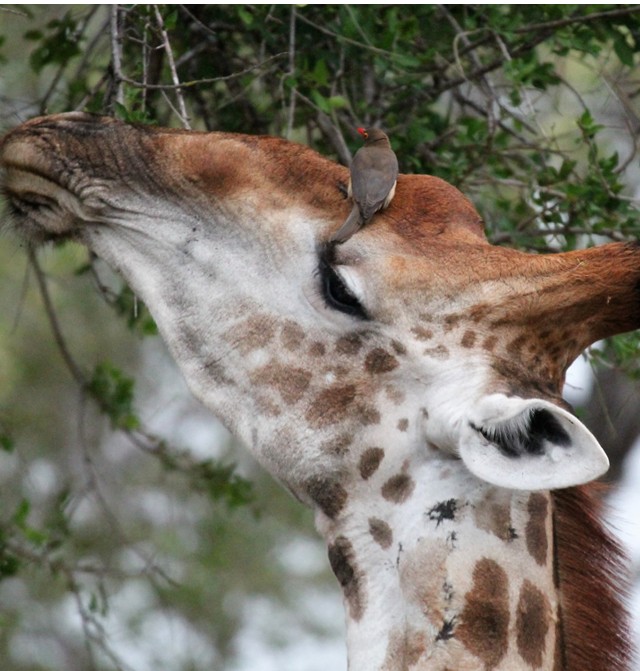 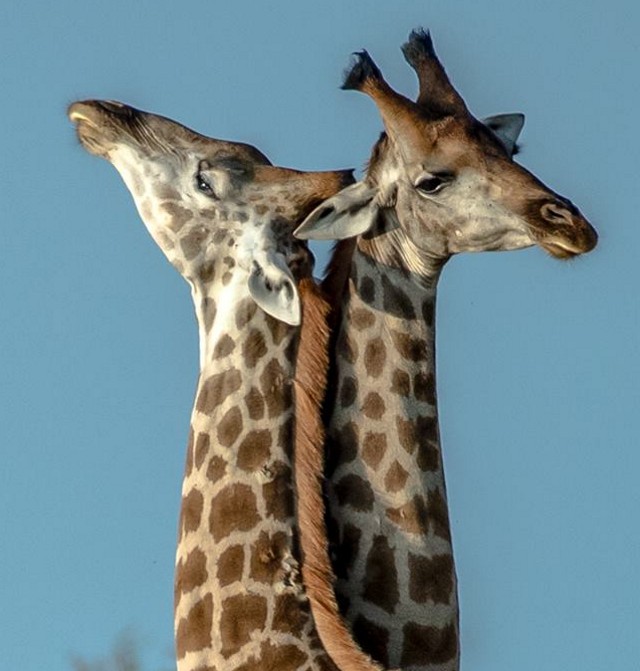