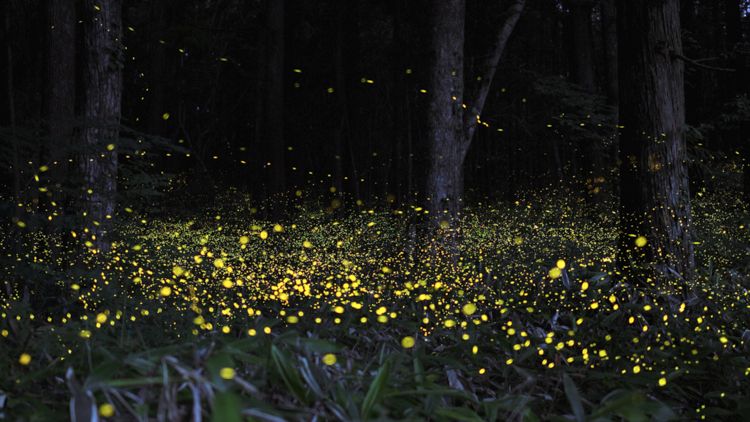 In some of the “know your places” the summer evenings produce a stunning spectacle in the form of fireflies as they go flashing about, advertising their whereabouts.

At least 2000 species of fireflies have been identified, from the family Lampyrida. Fireflies are actually beetles; they have wings which tell them apart from glowworms that belong to the same family. The distribution of fireflies is vast, living on six of the seven continents. Because they enjoy warmer climates fireflies do not inhabit Antarctica. Moisture and water are other key elements in their preferred habitat. At dusk stop in the riverbed at places like Farmhouse Crossing to see the fireflies in action.

Fireflies are masters of mimicry. For example, females from the genus Photuris are able to mimic the male flash pattern of a different species. Unsuspecting males respond to this signal, assuming it’s their own species, only to become an easy meal on contact. Whilst some fireflies eat other fireflies, scientists believe that in some species, adult fireflies don’t eat at all before completing their life cycles. Other fireflies eat nectar and pollen.

What makes the flashing possible? A cold light is produced through chemical interaction known as bioluminescence. It originates in the lower abdomen in specialized organs where an enzyme luciferase interacts with luciferin, and in the presence of ATP produces a glow. It is a very efficient light production, because 100% of the energy used produces light, without any heat. In some firefly species the eggs and larvae also produce light. Larvae habitat can vary in species from aquatic (equipped with gills) to tree borne.

Other interesting facts about fireflies: 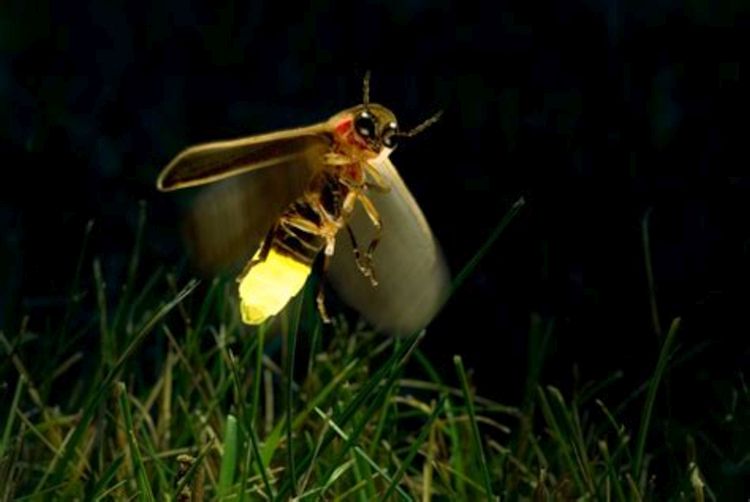 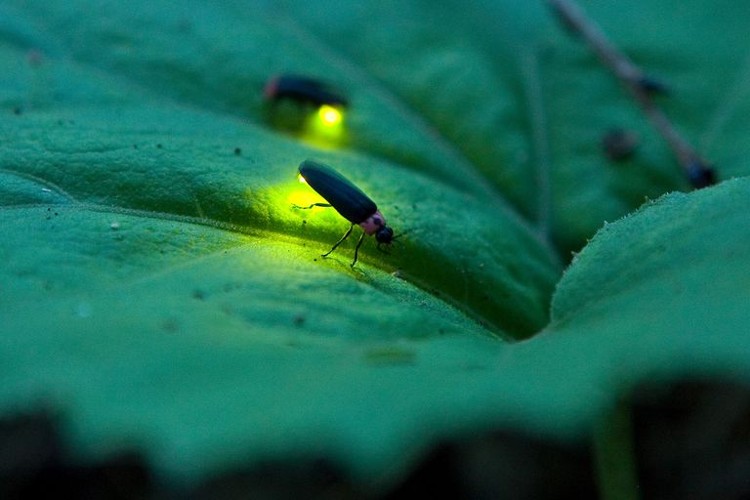 Text by John Llewellyn; facts researched on the Internet.