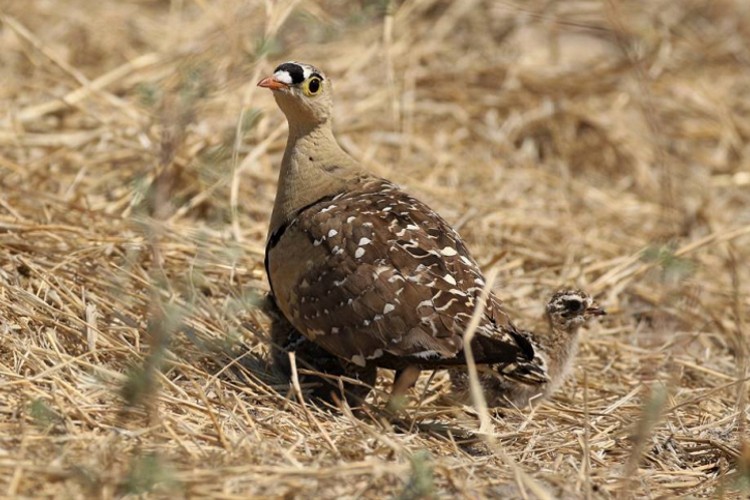 A thoroughly rewarding start to the day at this time of the year is leaving on a short game drive down Argyle Road at the break of dawn.

This allows for an approximate hour-long drive before the routine Covid screening and assisting with transport of employees to the workplace.

The lazy winter sun lingers in its rising and with that unenthusiastic intentions to elevate the early morning temperatures. The colder temperatures accentuate the earthly smell of the still morning air on the nose, the smell of the bush a certain beckoning to the surprises of nature that lie in store. It fuels the human sense of anticipation, the unknown, what will the viewing on offer that day? The early mornings that are filled with a heavy dew blend the natural shades of grass, complimenting the drabber winter coats of antelope, eager to maximise their instinctive camouflage in their surrounds.

Its not uncommon to see flocks of guineafowls, doves, and families of spurfowls gathering on the road and road verges to work off the cold night chill, seeking out the early morning rays of sun. Another feathered friend huddling on the road, usually in a pair, is the Double-banded Sandgrouse (Pterocles bicinctus). These are interesting birds, often overlooked, with lifestyle dynamics worthy of detailing.

The identification of the Double-banded Sandgrouse begins with sexual dimorphicasm, as can be seen in the pictures below. Feather patterns are remarkably different between the genders, in the picture, the male is in the background while the female is in the foreground. The male has a clear white forehead with a distinct black banded running through the white forehead. The wing covers of the male are more uniform brown and distinctly spotted with white flecks. The male’s bill is yellow to red while the female has more of a two -tone bill, red and grey. The female lacks the “double band” on the breast, in the male the bands are white above black, descriptive of its common name.

Double-banded Sandgrouse are monogamous breeders, only seeking a new mate should one of them die. Nests are hollow scrapes in the ground, the hen laying two to three eggs. Incubation last about 24 days, the chicks are precocial after hatching and can fly after 30 days. The male displays in courtship, where his routine is to walk around the female, his beak held close to the ground and his tail pointed upwards. Breeding occurs in the drier months from February to September.

Habitat preference is woodland areas, especially Mopane, and rocky areas in low hills. Drier regions are preferred. An interesting observation and adaptation are that some Sandgrouse species carry water in their breast feathers back to the chicks at nesting sites. This task is undertaken by the males. It is not uncommon to come across Sandgrouse flocking at waterholes in the early evening.

The Peregrine Falcon (Falco peregrinus) is a known predator of Sandgrouse. 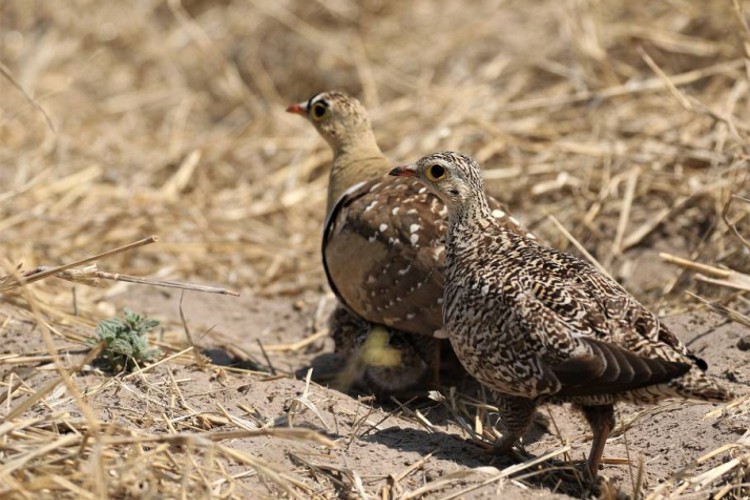 Double-banded Sandgrouse (Note the chicks under the male’s chest) 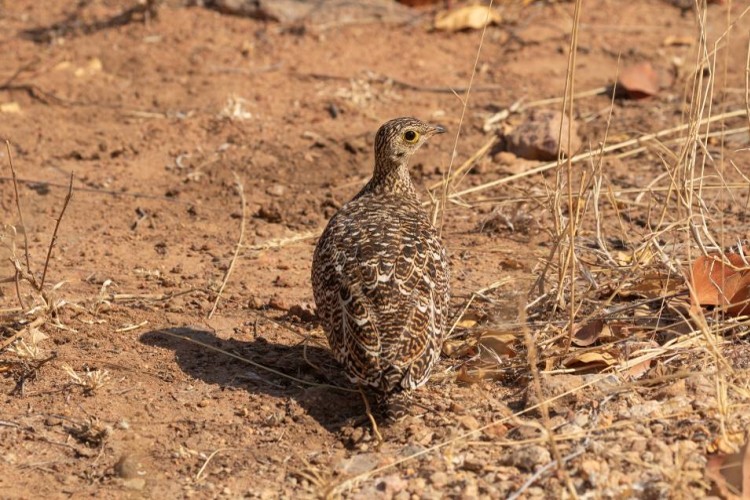