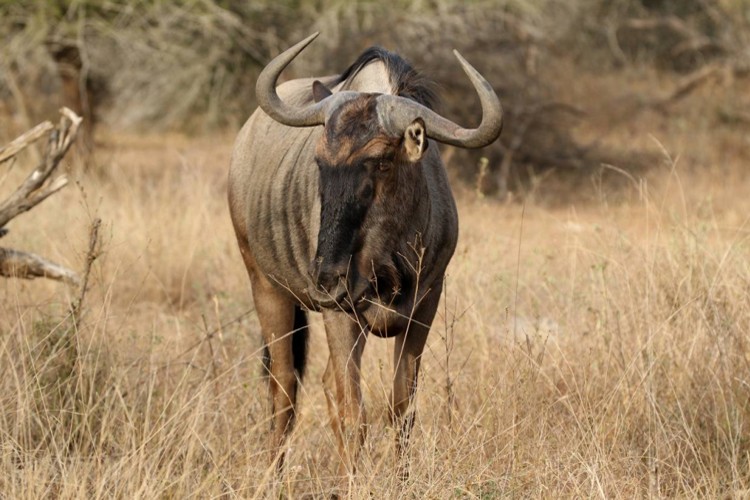 The blue wildebeest (Connochaetes taurinus) is an antelope that needs little introduction to wildlife enthusiasts. It is also sometimes called the common wildebeest.

Blue wildebeest are large antelope, they are ruminants and have cloven hooves. Both genders have horns, the male horns are larger than the females. The forequarters are well built compared to the slimmer hindquarters. The adult coats have a blue sheen to them, thereby giving them the name, blue wildebeest. Shoulder height is around 125 centimetres and average weight is 200 kilogrammes.

Sexual maturity commences around two years of age in males, whereas females may conceive as early as a year and a half, if veld condition is above average. Blue wildebeest are seasonal breeders, meaning there is a rut (mating season) and females give birth all about the same time, over a two to three week period. Males challenge each other for territorial dominance through horn clashing. Gestation is approximately eight and a half months, thereafter a single calf is born.

Calves are born with a tan colour and adopt the darker adult colour at a few months of age. The calves can run only minutes after been born.

Blue wildebeest are grazers, enjoying short grass, in the world of ecology rated as concentrate grazers/feeders. Water is a dietary essential for blue wildebeest and need to drink almost daily being water dependant.

It is not uncommon to find blue wildebeest in the company of zebras. In a phenomenon known as succession grazing, zebras are course grass grazers (bulk grazers), by eating the taller and courser grasses they pave the way for blue wildebeest to eat the shorter grasses. Zebras have excellent eyesight, an anti predator aid which blue wildebeest benefit from through early detection signs. Forming large herds is another anti-predator trait. Waterholes are also common areas where you may find these two species milling together.

Blue wildebeest are renowned for their migratory behaviour, especially in the world famous Serengeti, where they brave crocodile (Crocodylus niloticus) infested waters, forced to swim through these treacherous rivers, clambering up steep, slippery banks to continue their search for better grazing. To witness this natural wonder in person is a spectacle to behold. Other natural predators include lion (Panthera leo), spotted hyena (Crocuta crocuta), wild dog (Lycaon pictus), leopard (Panthera pardus) and cheetah (Acinonyx jubatus).

The IUCN classification for blue wildebeest is currently Least Concern due to their significant numbers in the wild where population trends is considered stable. 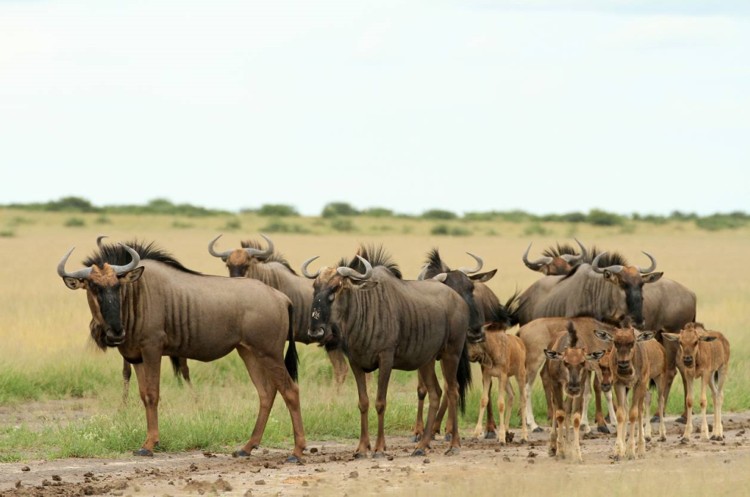 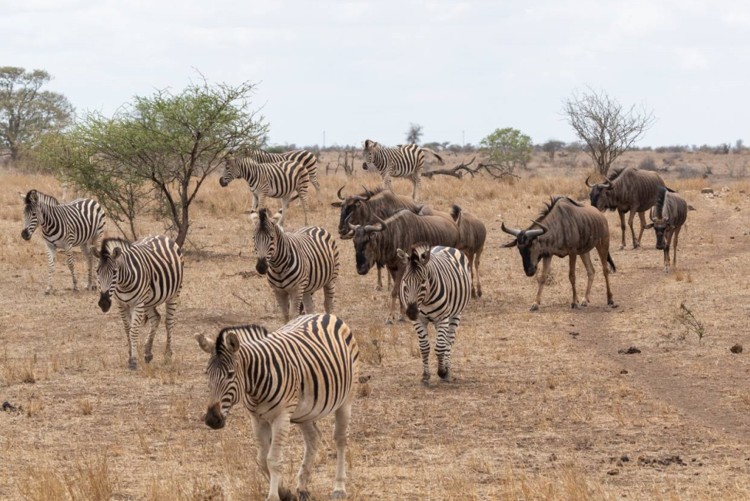