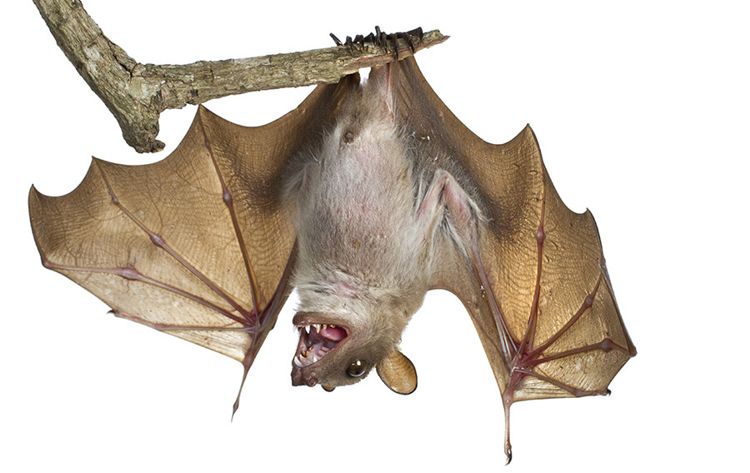 A fascinating event is that of a few Wahlber’s Epauletted Fruit Bats (Epomophorus wahlbergi) roosting under the eaves of the office block. What intrigues me is that these bats used to roost under the eaves outside the back entrance to the old kitchen/library, and have returned to a very similar geographical location. Obviously their disappearance during the demolition and construction phase is perfectly understood, but now they are back, and breeding.

This is very encouraging, as one may assume the disturbance and lengthy build period with a brand new configuration may have resulted in them not returning. What are the odds?

Wahlberg’s epauletted fruit bats are reasonably common throughout east, central and southern Africa. As their name suggests their main diet is fruit, but they also eat flowers, nectar and a few insects. The well-known Baobab tree that only flowers at night is pollinated by fruit eating bats. Roosting sites are mostly in palms and trees, in preference to caves. In urban areas they may roost under bridges and use roof eaves. In flight they are known to occasionally bump into other bats.

Usually a female gives birth to one pup after a gestation period of between only five to six months. Its IUCN conservation status is “of least concern”.

Facts researched from the internet and Field Guide to the Trees of the Kruger National Park:(P van Wyk: Fifth edition: 2008). Text by John Llewellyn.