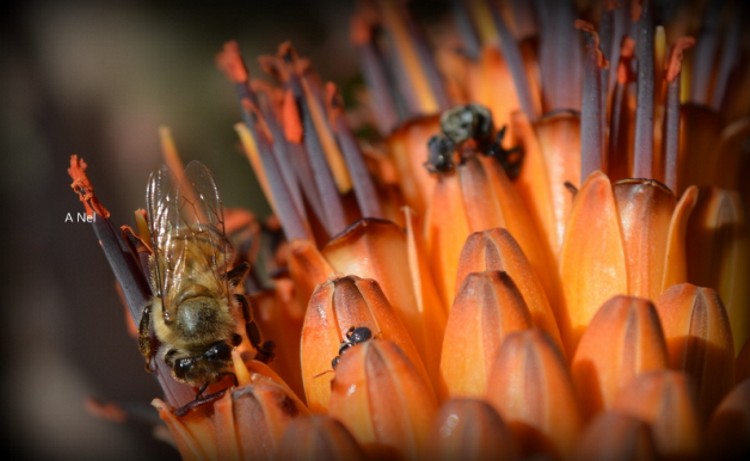 At this time of the year the aloes have just finished providing the most beautiful colours against the drabness of passing winter. The flowers are alive with buzzing insects and birds feeding on the sweet nectar.

Approximately 350 species of aloe are identified world-wide of which Southern Africa is home to about 130 species.

Aloes are well known for their medicinal uses, especially Aloe vera. Aloe products are used for various treatments such as stomach ailments, cosmetic shampoos, skin disorders and an additive in vitamins.

The sap is unpalatable to animals and therefore prevents the plant from being eaten.

For ornamental and garden purposes aloes most can be cultivated from seeds or by recruiting the smaller plants that are found on larger mother plants. Aloes generally prefer sandy soils with good drainage. An equal soil mixture of sandy and course sands tilled with compost is a good aggregate when setting out to cultivate aloes.  Established aloe stands in gardens may well require thinning out from time to time to prevent excessive competition and smothering.

When transplanting aloes, let the roots to dry out, to prevent root rot. Aloes are susceptible to diseases, pests and rot. Do not over water.

Featured here are three species of aloes that grow around the administration complex and Sibon: 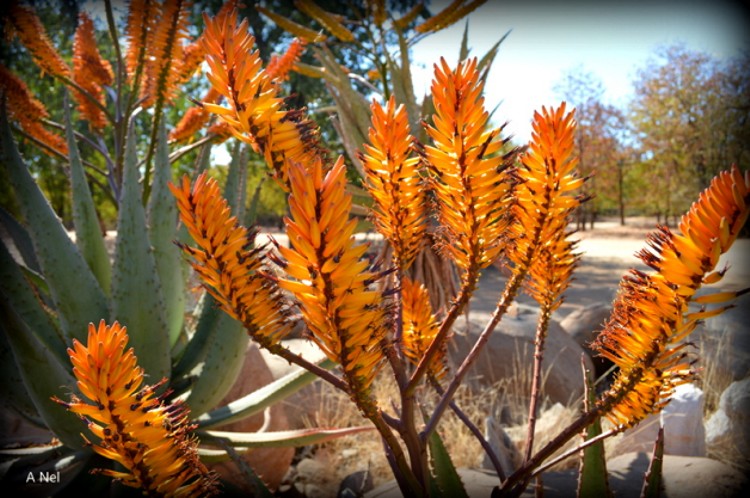 Mountain Aloe
Aloe marlothii is an aloe from the group of single stemmed aloes. It is frost hardy and when in flower easily identified by its angled and horizontally presented raceme. The common name of Aloe marlothii is Mountain Aloe (English), Bergaalwyn (Afrikaans) and imiHlaba (Zulu). Its conservation status is “not threatened”.

Mountain Aloes can grow in flat areas as well as in rocky areas and on slopes. Tall specimens can reach a height of up to six metres. Flowers are presented on an average of 30 racemes and flower colour can vary from yellow to orange to red. It is known to form natural hybrids with other aloe species. 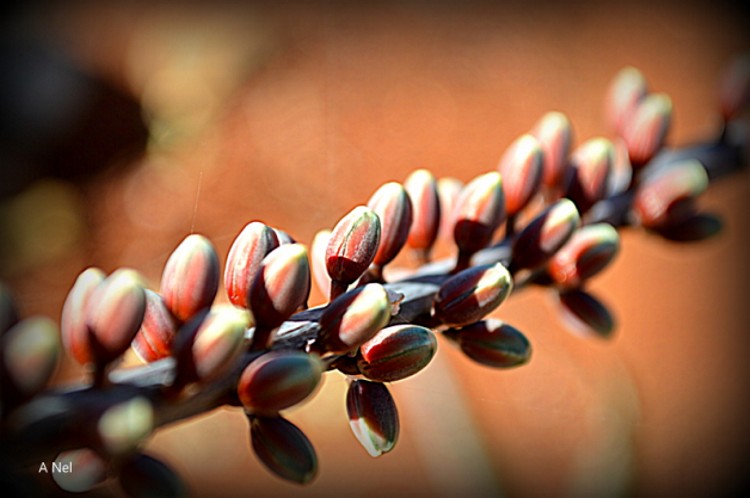 Button or Knob Aloe
Aloe globuligemma is an aloe from the group of stemless aloes. It requires frost protection. The known common names are Button or Knob Aloe (English) and Knoppiesaalwyn (Afrikaans). Its conservation status is “not threatened”.

The Knob Aloe’s distribution is low-lying bushveld. The arrangement of flowers in branched racemes is similar to the Mountain Aloe. Flowers are initially a reddish colour turning to a paler pink with age.

It is possible to confuse Aloe globuligemma with Aloe chabaudii which is mentioned next. Dwala Aloe and Chabaud’s Aloe
Aloe chabaudii is also an aloe from the stemless group. It can tolerate a mild frost. Flower racemes can number up to 15 and are ascending.

At Ingwelala colour is a bright red to orange in tubular shaped flowers, but in different areas there are other colour variations. Known common names are Dwala Aloe and Chabaud’s Aloe. It can grow in dense colonies and enjoys granite outcrops.

Text by John Llewellyn (facts found on the Internet) and pictures courtesy of Annemie Nel.