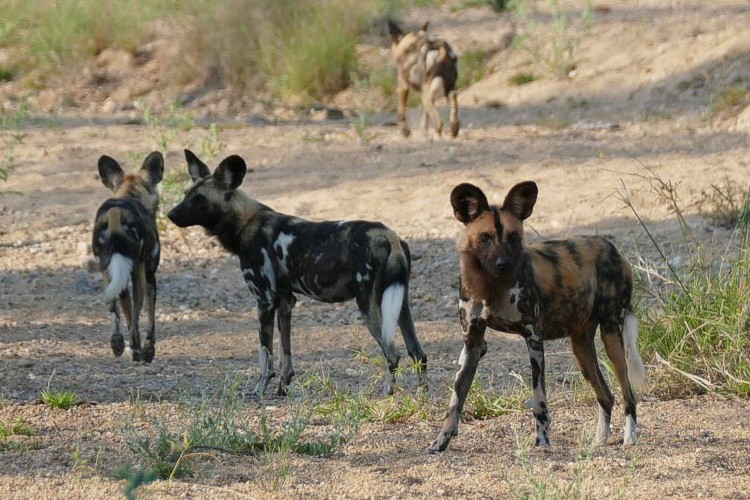 The African Wild Dog, (Lycaon pictus), remains a frequent visitor to Ingwelala, and once again have been active in the Umbabat during the early summer.

It is thought that their increased activity in the summer months has some association with the impala herds lambing, providing a relatively easy food source. Other names for the wild dog include Cape Hunting Dog and African Painted Dog. In Greek, the word “Lycaon” means “wolf like” and in Latin the word “pictus” means “painted”. The IUCN status for wild dogs is endangered because of severely declining population numbers due to human conflict, habitat loss and disease.

It is interesting that no two wild dogs have the same coat markings or patterns, each dog has a unique pattern and colour variation, which allows individual identification and recognition between dogs. The average height of an adult wild dog is 60-75 centimetres at the shoulder, with an average body mass of 25 kilogrammes. Larger dogs may weigh up to 30 kilogrammes. Male dogs are slightly larger than female dogs. Wild dogs have no dewclaws. Ears are large and round-like, the tips of their tails are usually white, providing additional distinguishing characteristics.

Wild dogs are extremely social by nature, living in packs which are necessary for survival. Their social nature defines a strict order of dominance which allows them to be highly organised when hunting, working together as a team to form a lethal killing machine.

Hunting success rates are well over 80 %. Within a pack there is a dominant female dog and a dominant male dog. Home ranges are as large as 250 square kilometres.

The dominant male dog and dominant female dog provide for the breeding, the male dog keeping other interested suitors at bay, the female dog then producing a litter every 12-14 months. Gestation is between 69–73 days, with average litter sizes of 10 pups. Pups are “denned” for up to 10 weeks, lesser dominant dogs help care for and protect the pups. After the pups are weaned they enjoy meals of solid meat which is regurgitated for them by the care takers. When older, and able to join adult dogs on hunts, the youngsters are permitted to eat first from the kills, this privilege is tolerated until the dogs are about one year old.

Hunting is a much organised activity, and mostly diurnal. Each dog has a specific job to do as they work closely together to run down their prey. Top sprint speeds of 65 KPH have been recorded, but generally they endure a chase at around 45 KPH, having significant endurance ability. Prey (antelope) is bitten repeatedly on the legs and under belly, while on the move. When fatigue sets in the antelope comes to a stand-still, it is here where the unique design of the dogs’ teeth comes to the fore, permitting efficient meat cutting and shearing to take place for expedient consumption. The prey essentially dies of a loss of blood. 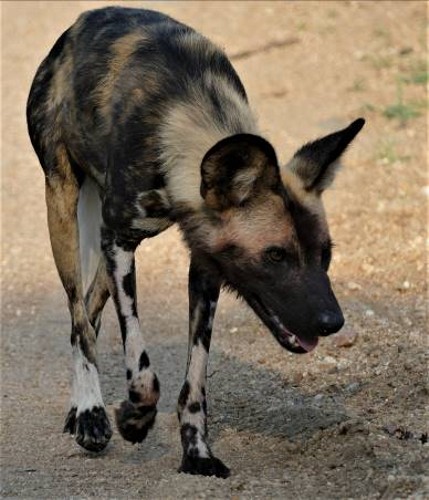 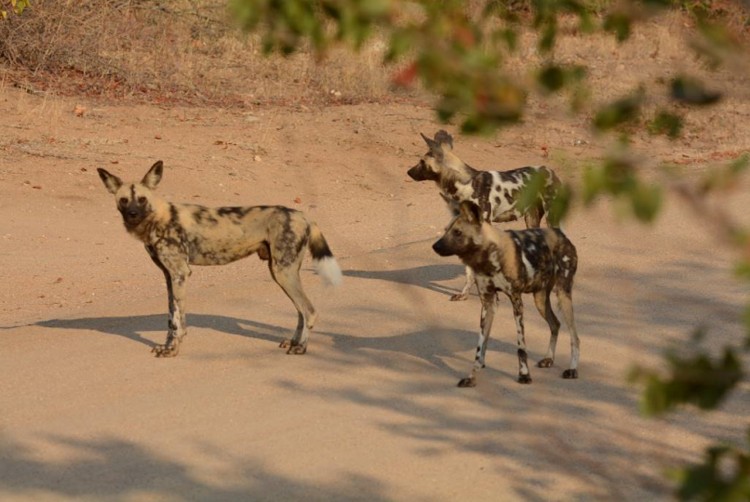 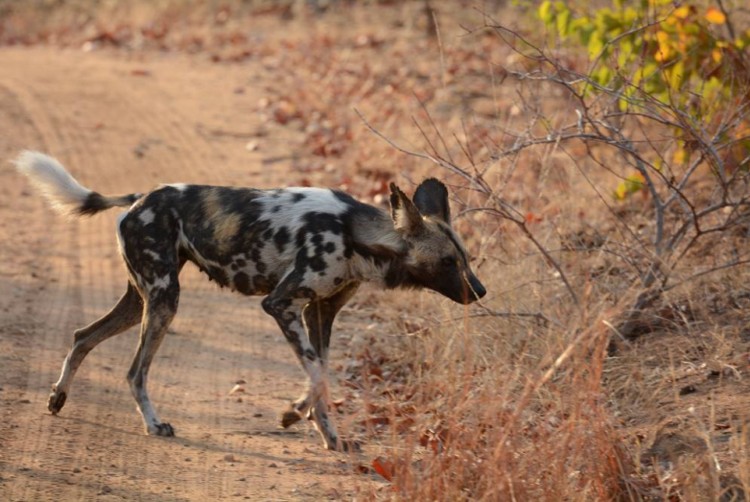