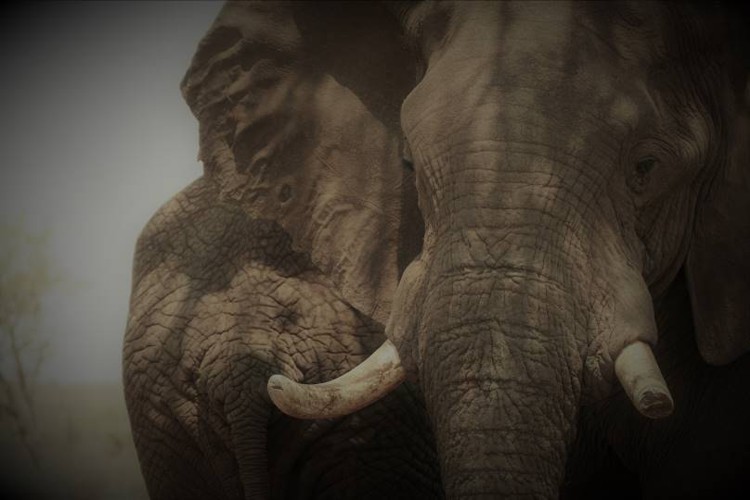 It was another month of elephants in camp, breaching the perimeter fence most nights.

The Conservation Team spent 90% of its time repairing fences and searching for water leaks. The challenge with this is that the team can not deliver on other meaningful and much needed conservation work. Several lath screens, solar panel support poles, and at the time of writing, another game viewer suffered damage from mischievous elephant behaviour. This is the third vehicle to be damaged. A determined effort is being made to accurately identify which elephant bull is the damage causing animal. There are up to four bulls, identified through tusk and ear pattern, that currently frequent the camp.

Various chilli concoctions were trialled with and placed at vulnerable water/pipe installations, but this provided short term relief. There is consultation with Elephants Alive in this regard.

The African elephant (Loxodonta africana )is the largest and heaviest terrestrial mammal in Africa and has an extensive range from south of the Sahara Desert to South Africa. Elephants are adaptable and can survive in different habitats such as savannas, forests, deserts, riverine and wetlands. Male elephants, called “bulls” are much larger than female elephants, called “cows”. The average shoulder height of an adult bull is 3.75m and a cow is 3.0 metres. Adult bulls can weigh as much as 7000kg; cows average a mass of 3700kg. Their large sizes have earned them the endearing name of “Jumbo”. Another characteristic exhibiting sexual dimorphism between genders is that bulls have a more rounded forehead whilst female foreheads are more pointed.

Tusks are modified incisors. Shape and size can vary considerable in elephants. In areas that have nutritional deficiencies tusks are usually chipped and broken off and in some individuals’ tusks may even be absent. Tusks are used extensively to aid feeding and for self-protection. An elephant may favour a certain tusk, almost human like “left or right-handed” where the favoured work tusk is called the slave tusk and the remaining task is called the master tusk.

Social behaviour is well defined and driven by a family nucleus lead by an adult cow, known as the matriarch. This family unit, often referred to as a “breeding herd” will consist of the matriarch and her closest relatives, the average family breeding herd numbering between 12 -15 individuals. The matriarch is highly protective over her family and is responsible for leading this group to good feeding grounds, water and shelter. Adolescent bulls leave the herd to form bachelor groups and when much older bulls may often choose to range on their own. When an older bull is accompanied by younger bulls, learning the ways of the world from their elder, the younger bulls are referred to as “askaris” I believe meaning “young warriors”.

Sexual maturity takes place between 9-12 years. Mating occurs only once a cow is in estrus when a bull in musth (a state of high testosterone level) will find her to determine her state of readiness to mate, copulate and then move on again. In natural functioning elephant populations, bulls may be in their forties before mating for the first time. Clashes between dominant bulls fighting over mating or territorial rights can be fatal.

Gestation is a lengthy 22 months after which a 100kg calf is born. The calf is precocial meaning that very soon it can walk on its own and begin following the herd. Newly born calves are vulnerable to predation from lions and crocodiles. The mother suckles the calf for up to five years, even though the calf commences feeding on solids from six months old. The calf depends on its mother for protection for at least 8 years. 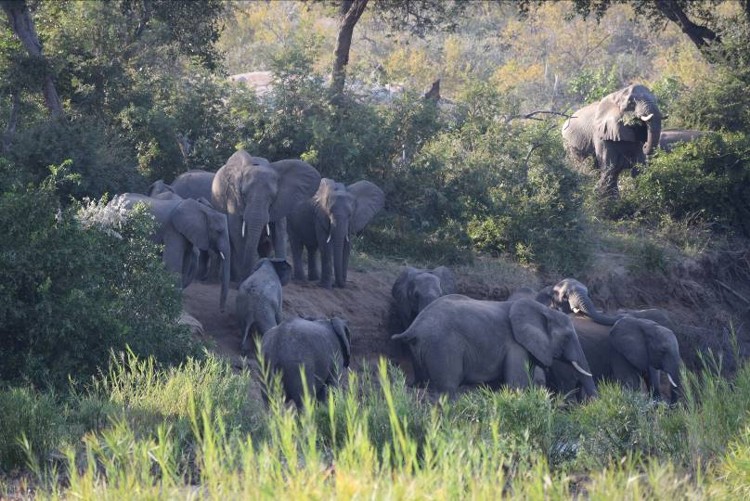 Elephants gathering near a watering point 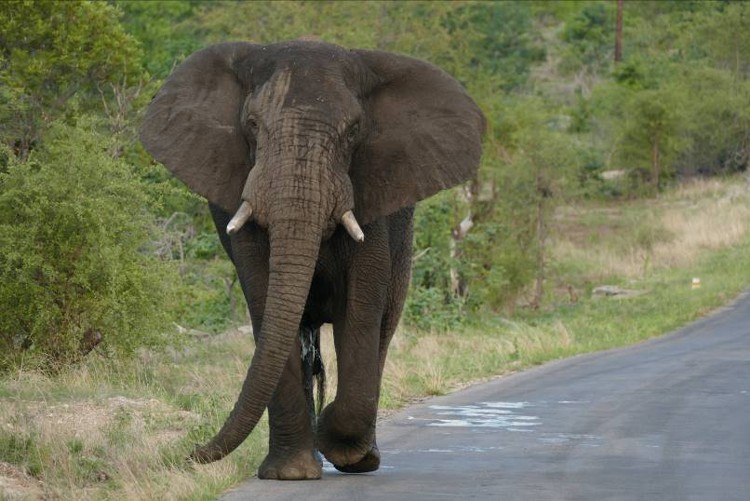 A collared bull in musth condition 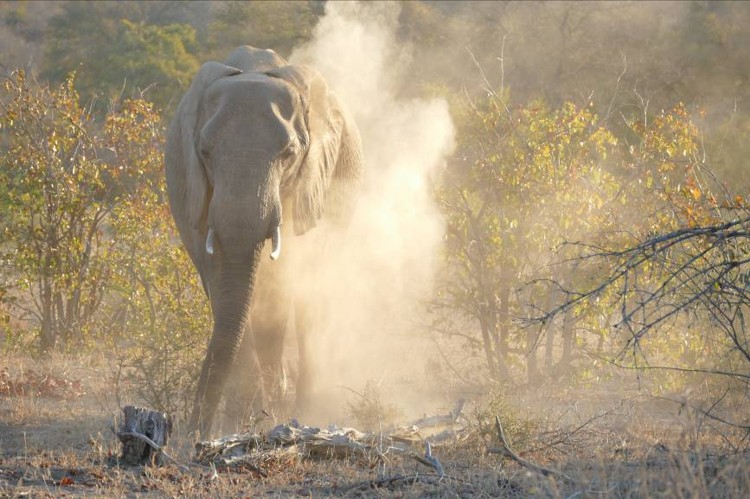 Facts researched on the Internet: Words & pictures by John Llewellyn