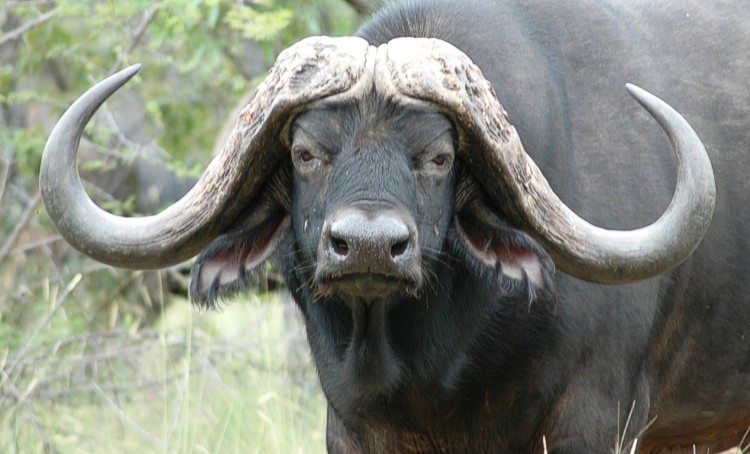 An endearing trend that occurs each winter in the camp environment is the frequent visits, if not semi permanent residency, of a couple of old bachelor buffalos.

These bulls are also affectionately known amongst wildlife enthusiasts as “dagga boys” - most probably originating from the Zulu word “dagga” meaning mud, describing their keenness to spend many hours lazing about in muddy wallows. These natural mud packs not only aid in the control of ecto-parasites such as ticks, but they may also aid the animals in preventing unwanted skin and tissue infections caused from skirmishes with predators or gashes caused from intra species power struggles. Oxpeckers play a role here too. Mud wallowing also assists with thermo regulation.

These mature bulls may create a false perception to the human eye of being extremely laid back and nonchalant over our presence as we share a common space during the drier months with them as they forage a little further than usual for their dietary needs. But don’t be fooled, their spontaneous foul temperedness can easily be underestimated so that in the blink of an eye they could have one sprinting for cover or scaling trees as if an arboreal experience is second nature to us. Be extra vigilant when approaching on foot in the company of these mega herbivores!

Large male buffalos may weigh as much as 850 kg and have a shoulder height of up to 1.6m. Both sexes have horns. It is well known that males carrying impressive horns are highly sought after by trophy hunters. Buffalos are members of the famous “Big Five” grouping and are considered extremely dangerous game. The females (cows) can reach sexual maturity from as little as three years of age, but on average have their first calves at five years. The gestation period is 11 months. Single calves are born and weigh around 30 kgs at birth. Calves are vulnerable at birth and take a number of hours to build up enough strength to keep with the herd. Calf mortality can be high, in excess of 50%. Cows may suckle their calves for up to 15 months. Sexually mature males rarely mate with cows before they are at least seven or eight years old.

Buffalos are active throughout the day and night, affording enough time to graze and to rest because they are ruminants and require time to ruminate (chew the cud). They are bulk grazers, eating mainly grass and are therefore not highly selective feeders. They are a water dependant species. In the KNP it was found in field studies that large herds only move about 3-4 kilometeres in a day, perhaps subsidised by the availability of artificial watering points? Herds establish preferred home ranges and these areas can vary considerably in size.

Buffalo spoor is relatively easy to identify, the front spoor being larger than the hind spoor. Other game species that have “similar” spoor to buffalo are giraffe and eland.

Main predators are lions and crocodiles. Herds will form a united front and charge lions in unison, putting up a formidable defense.

Buffalos are susceptible to diseases, some catastrophic to populations like Rinderpest in the past, and others less so like Bovine TB, Corridor disease, Foot and Mouth and Contageous Abortion.

Facts found in “The Mammals of the Southern African Subregion, JD Skinner and RHN Smithers; 1990), text by John Llewellyn