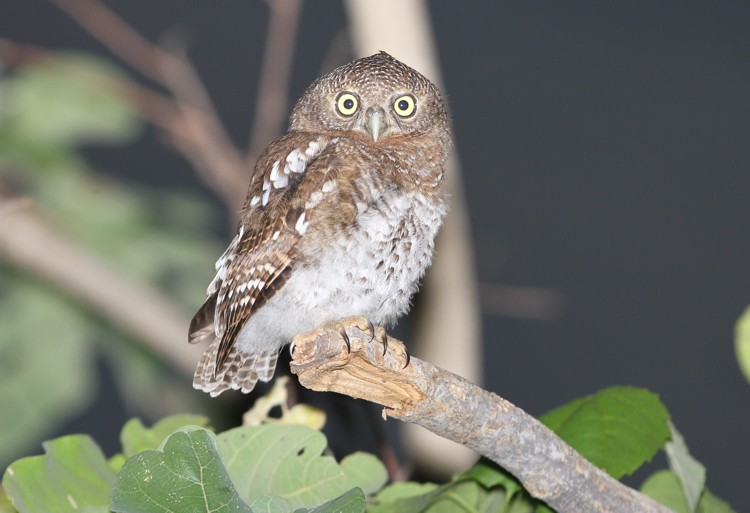 Bungalow # 197 offered this account of witnessing a fantastic interaction between the African Barred Owlet and the Fork-tailed Drongo (Dicrurus adsimilis).

“Auriel and I have both had the flu so have not been going out on game drives but have been blessed with the “goings on around the house”.  The events leading up to the attached pictures unfolded over about an hour and a half. The drongo had been injured – possibly by one of a pair of owlets that hang around the house. It had a damaged wing but was fine otherwise.

When the one owlet tried to attack the drongo on the ground a number of other drongos viciously attacked the owlet causing it to retreat into a nearby tree. The injured drongo then hid in a hollow log.

With the injured drongo out of sight the other drongos protecting it disappeared, and the owlet then flew onto a branch above the hollow log where it sat dead still and waited. It sat absolutely still for over an hour staring down at the log.

Eventually the injured drongo emerged and tried to make a run for it but the owlet was onto it immediately. What is amazing is the owlet actually managing to fly off with the drongo which is not much smaller than itself. The noise from the drongo was amazing as it attempted to fight back.” 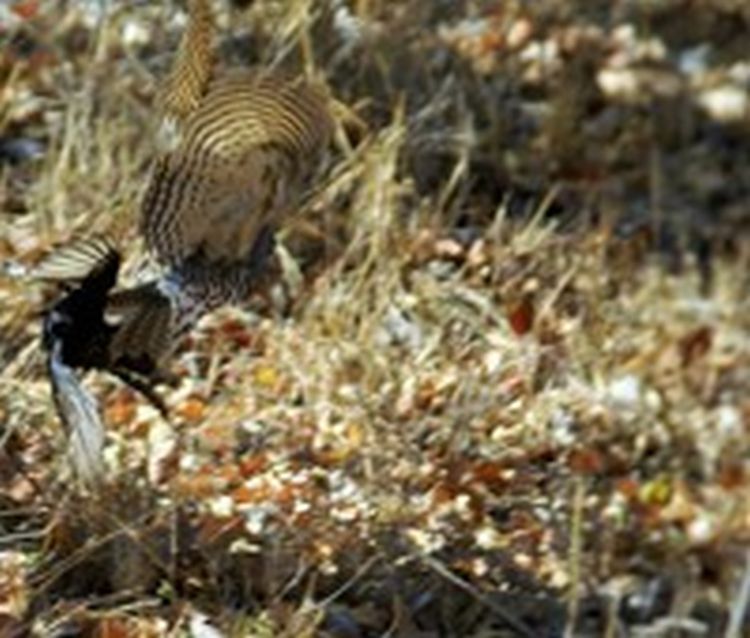 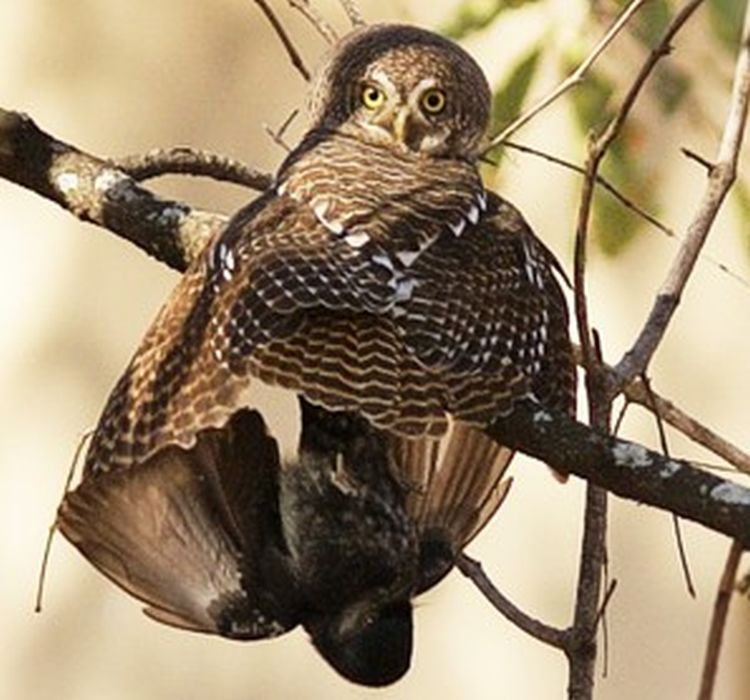 Owlet roosting before enjoying its meal 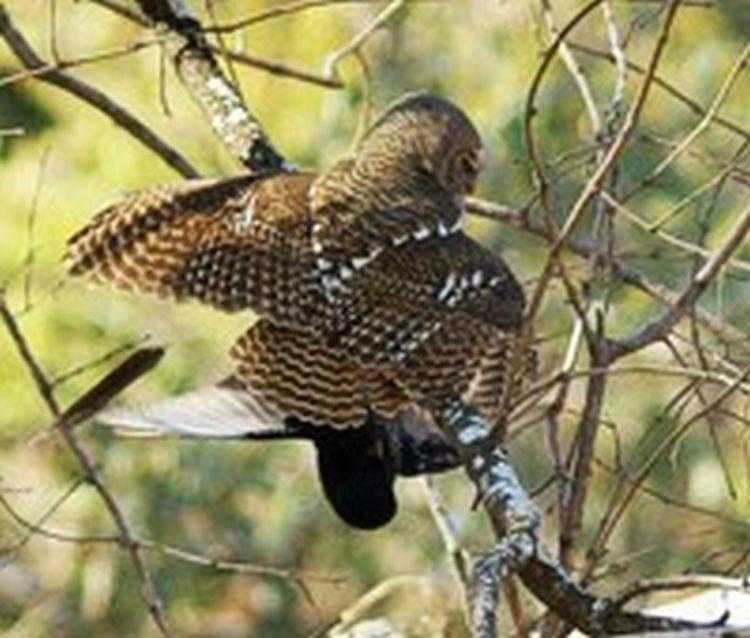 Owlet looking for a suitable roost

Facts researched on the Internet. Words by John Llewellyn.