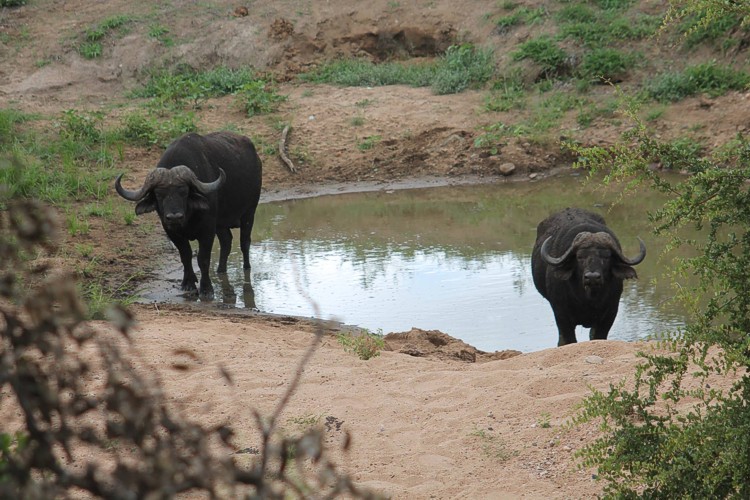 The creation of permanent artificial water has played a major role in the transformation of the Central Lowveld, with regard to habitat as well as species distribution changes.

This is still a hotly debated subject. Water is not the only driver that has resulted in the present densification and loss of game, but is one of the major issues.

Many landowners are reticent to close down water as they say that without water to attract game they have very little chance of seeing anything during the time that they are on the property. Therefore water is seen as the main way in which game can be attracted to an area. However one of the consequences of too much water is a complete change in the way veld is utilised.

Previously where water was far apart and dried up occasionally in winter the veld was used in a far different way. The areas adjacent to waterholes were heavily utilised. However areas further away (in excess of 6Km) were used very little. This resulted in a different use pattern and one had different species and different height structures in such areas. Grass was taller and because it was utilised less, climax species were more likely to be found there. This provided essential habitat for a whole host of plant and animal species and was particularly valuable to water independent species such as Roan Sable and Tsessabe as they do not enjoy interaction with other species and prefer being on their own. They also need tall grass to hide their calves in to protect them from predation.

With water being evenly spaced, in the UPNR one doesn't have to go much further then 1 km to get to water. This mosaic of variation has been destroyed and replaced with a more homogenous herbaceous layer which has limited the available habitat for a whole range of organisms. We have limited the diversity of habitat and this has resulted in limitations to the animal and plant diversity as well.

As already stated this is not the only driver that has driven the system to its present condition, but is very definitely one of them.

It is also understood that owners and members come to the reserve to see animals and many are dependent on water to achieve this. However I believe a compromise needs to be negotiated. Whereby a number of waterholes need to be closed down. This needs to be done selectively so that water close to developments are left in place to provide the sightings for members, but that water in the more isolated areas needs to be closed down to create a more wilderness atmosphere. My suggestion would be to close down the outlying water in the north and east to a large degree so that it would match the situation within the adjacent areas of Kruger. This would again start to re-introduce diversity of habitat, even on a small scale, which should add to the overall biodiversity. I do not believe that we would ever be able to close down sufficient water to replicate conditions as they were 70 years ago, but we could rectify some of the damage that has been done.