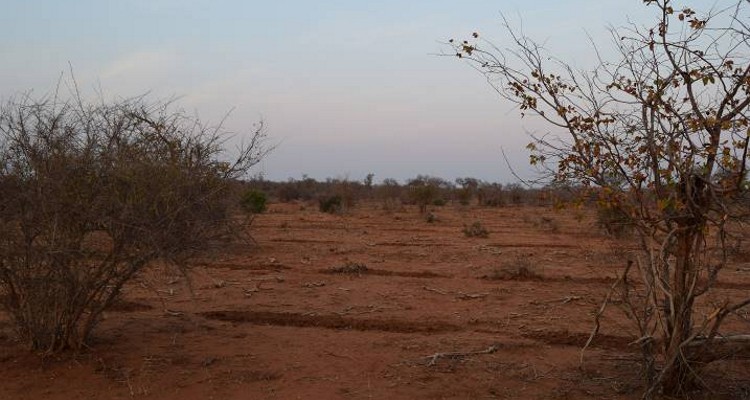 In August 2016, Management reported on the shallow contour lines ripped on the Wahlberg Plains on Argyle and the Serengeti Plains on Buffelsbed.

Due to the current drought and loss of vegetation ground cover on these plains, these contours were designed to:

On 25 October, 20mm of rain fell during a thunder storm, and management is pleased to report that to date the contours are working well and the results are most satisfactory. The timing of creating the contours was critical, and this shows in the results when you compare the Serengeti contours to those on Wahlberg.

The Serengeti contours were done first, and it was observed that the strong winds that followed the ripping, blew an appreciable amount of light soil particles into the contours. This resulted in the Serengeti contours being shallower when the rain fell, with slightly less effect to slow down the surface water run-off. It meant that less grass seeds were trapped and deposited in the contours, compared to the deeper contours on Wahlberg which were not subjected to the strong winds. 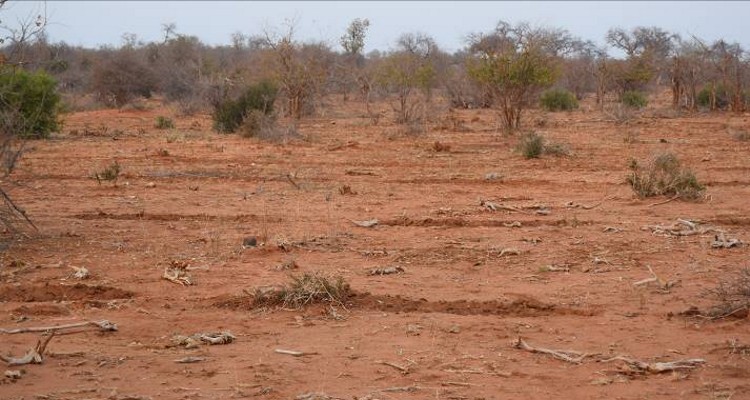 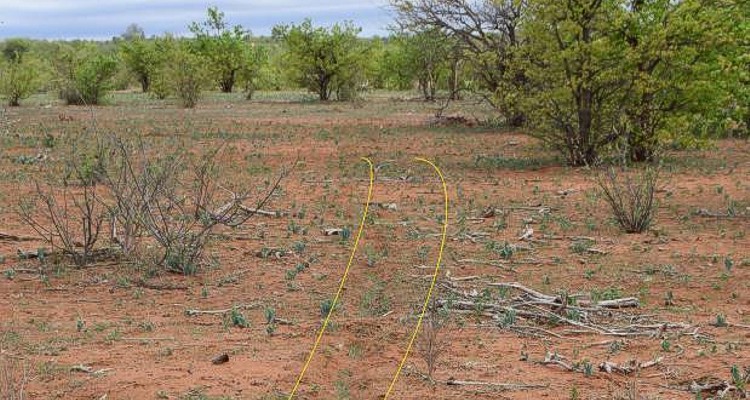 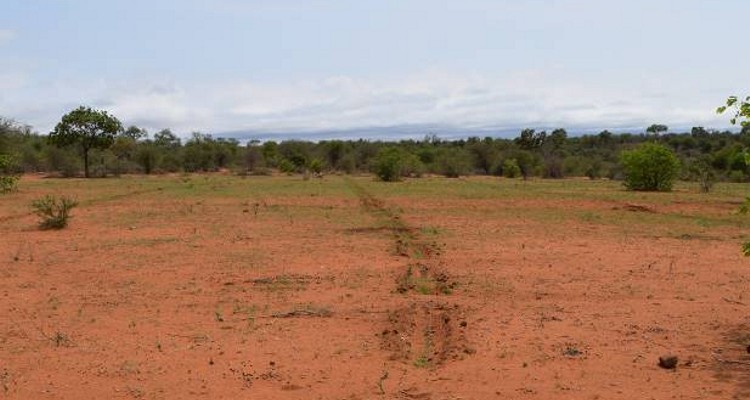 Wahlberg Plain: Deeper contour showing clearly the denser grass in the contour compared to the surrounds both sides of the contour.

It is not easy to photograph the early grass growth, but if you study the comparative pictures carefully you will notice the deeper contours on Wahlberg and more grass sprouting in the contours. The sand deposition in the Serengeti contours is significant and their contour indentations to normal ground level are almost unnoticeable. You need to look very carefully to identify the straight line of new grass growth on the contour line.

As with all things in nature there are balances and compromises. If we analyse the timing of ripping the contours in anticipation of the first rains falling, which you can appreciate can never be predicted with any great certainty, the strong winds that partly filled the Serengeti contours was not all “bad”. The contours acted as important wind traps on the bare soils, reducing top soils loss, and this in turn will provide additional nutrients to the grasses establishing themselves in the early growth season.

What will be interesting to observe moving forward through the summer, and on the assumption both plains receive similar volumes of precipitation, is comparing growth vigour. It may prove that the shallower contours provide better nutrition and offer more growth vigour. Creating one or two small exclusion plots to avoid utilization may prove to be an interesting trial for future reference.