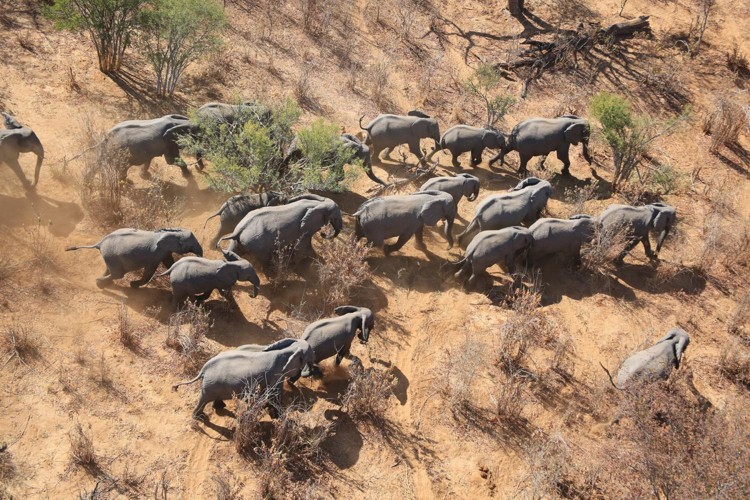 The annual game count was conducted by aerial census across the Associated Private Nature Reserves (APNR) in September 2017.

Methodology is standardise through all the reserves as per the Peel/Pingo aerial census protocol (Peel et al., 1995).

These reserves include Balule, Klaserie, Umbabat, Timbavati and Thornybush, encompassing a total area of 196,684 hectares (Table 1). These private reserves have no fences along their shared boundaries and create an open system that extends into the Kruger National Park.

A total of 48,297 individuals were counted in this year’s census.

A total of 4,458 megaherbivores were counted across the APNR, down 49.54 % from 2016 (Table 2), despite the addition of Thornybush Nature Reserve and several new sub-regions within Balule. The largest drop in the landscape was the buffalo population, with a total 71.24% loss. Elephant and hippo numbers also decreased, but not to the extent buffalo numbers decreased.

Total counts for the Umbabat 2017: 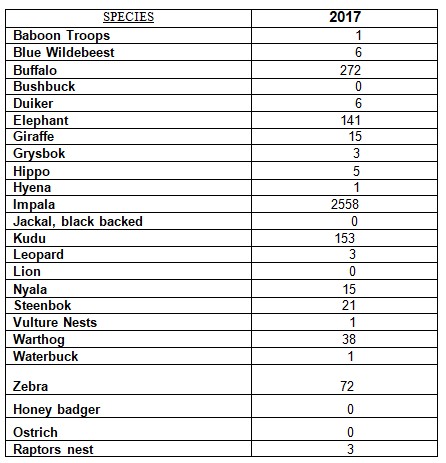