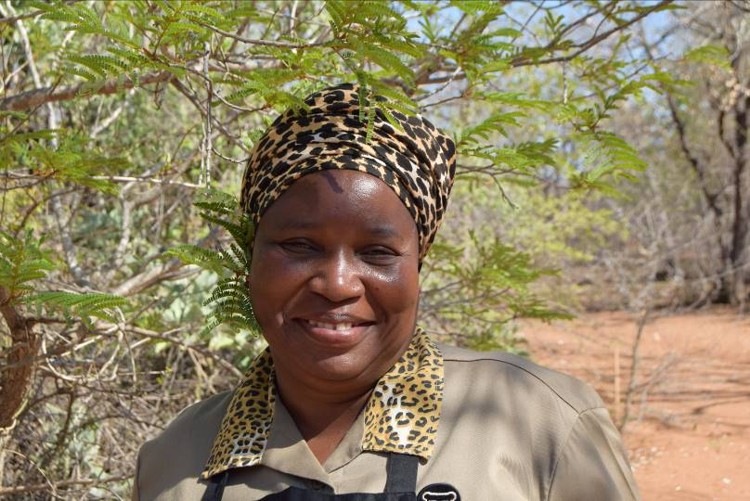 Sibongile Mathebula joined the Housekeeping Team on 01 March 2010. In 2011 Sibongile was requested to assist with housekeeping duties in the management staff residences.

During the busy periods Sibongile often assists Members with Bungalow cleans and chars and asked that special mention be made that the generosity of Members is hugely appreciated by all the staff.

Sibongile was the oldest of seven siblings, herself and three brothers and three sisters grew up in the Hlabekisa Village near Manyeleti Game Reserve. Her father was a builder who assisted local government to build schools and clinics. At school, Sibongile obtained a matric pass.

Sibongile loves animals, especially domestic dogs, but in the wild environment enjoys seeing big bull elephants, as she is in sheer awe of their magnificent body size. Tree wise, the marula comes up trumps because the fruit are used for brewing beer and making jams and jellies.

In her private time back home, Sibongile markets and sells cosmetics and toiletries to help with additional income to look after her (only) son (32 years old) and daughter-in-law and their two children.

On the sports front, football is closely followed on television and Sibongile is a huge fan of Orlando Pirates.