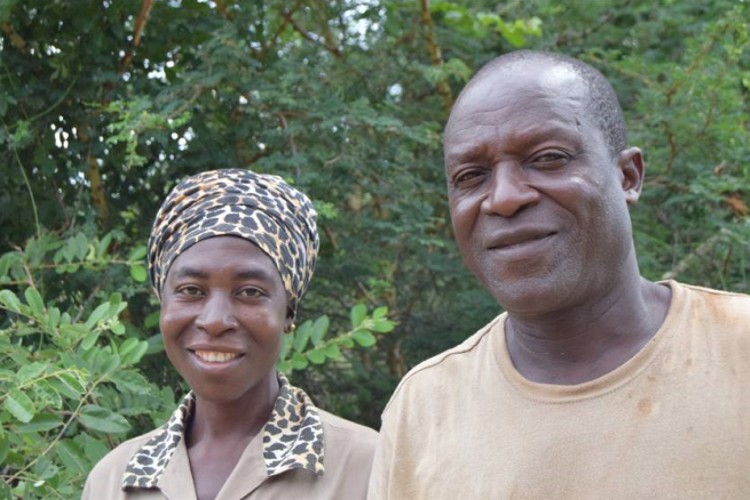 Leon Khoza and Surprise Mathabela, married in 1999, joined the Ingwelala team in 2003.

Previously Leon was employed in Kruger National Park and later by a mining company, where he served as a stock controller. Surprise was previously unemployed and joined our Housekeeping team.

Leon and Surprise reside in Thulamahash and have raised six children, Pretty (24), Truly (18), Leon Junior (15), Shane (12), Ayamaah (4) and Trucia (15 months). Their oldest daughter, Pretty, is studying Pharmacy, having earned a scholarship/internship from Clicks.

In the workplace, Leon is responsible for the servicing of the Hides & Bomas and ensuring water supply from the various borehole pumps to the central holding tanks in Vuka Ingwe. The latter is no easy task when elephants are pulling up water pipes in camp! Of interest is a comment from Leon that he would like to see the earth floor of Elephant Pan Hide either decked or similar because no amount of cleaning/tidying changes the impression the hide has not been cleaned. A slasto floor would also fit the “tread lightly” principle.

In her private time, Surprise loves watching netball, enjoys listening to music and following evangelist broadcasts on Sundays. The marula tree is Surprise’s favourite tree because of the beer made from the fruit. The sheer size and mass of an elephant impresses Surprise, and she admires the dexterity of the trunk.

Leon is a great supporter of Kaiser Chiefs and enjoys following wrestling and rugby. Tree wise, the weeping boer-bean is a firm favourite, purely for its character and generous shade it provides. Leopards are Leon’s favourite, they are majestic and instil a sense of empowerment.