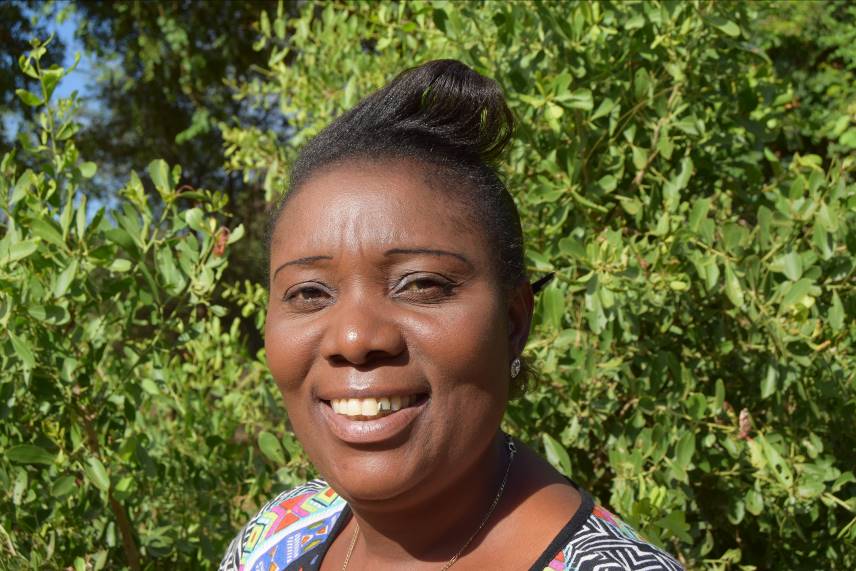 Joyful Ngobeni was initially employed in the Housekeeping Team on 01 November 2004, and three months later joined the late Merriam as an assistant in the shop, learning how to drive a computer.

Previous schooling will have helped, as Joyful holds a Grade 12 certificate.

After leaving school, Joyful furthered her academics and training at a catering school in her home town of Welverdiend, a community near the South African Wildlife College near Orpen. At home, Joyful was one of eight children, being third in line with two sisters and five brothers. Her siblings are all currently employed in different walks of life, teaching, medi-clinics, guiding and lodge care. Both parents are retired pensioners.

Joyful has two children of her own, a son and a daughter. Her aunty on her mother’s side looks after her two children, with two of her nephews.

In discussion, Joyful explained how much she enjoys all the Members and her work colleagues, getting to know everyone better, and hopes that Ingwelala will continue to develop and grow. Her favourite animal is a leopard, simply because it has a beautiful coat. A favourite tree is Nkuhuma (Tsonga) because of its sweet little fruit that is very edible.

Sporting interests when younger was actively participating in ladies’ soccer, netball and volleyball.

Joyful has a keen interest in music, enjoying playing the drums, and has a distinguished singing voice, travelling far and wide to sing in church choirs.