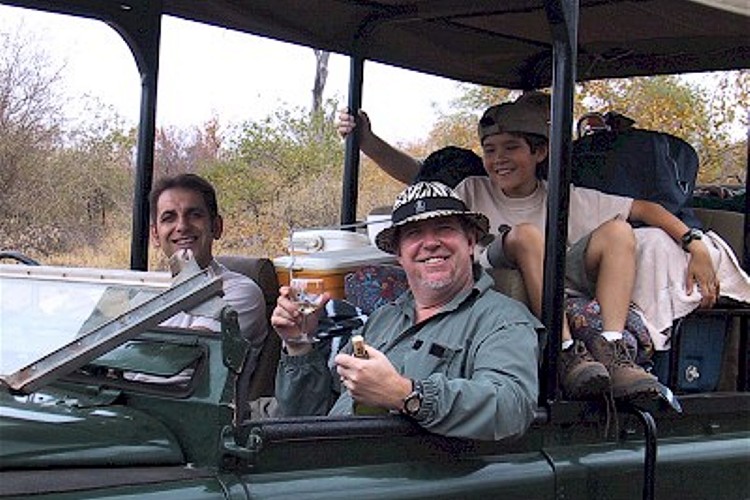 I’d like to address three human behavioural aspects of a Share Block in a protected wildlife area such as Ingwelala, critical to User enjoyment,  for your consideration.

A Share Block in its naming implies immediately that there is sharing of resources, a common cause if you like?  - sharing of communal assets by a community.

Stakeholders in a Share Block are either Shareholders or Authorised Users in terms of the governing regulations and again the word “share” pops out of the workings once again because it is indeed shares that represent the stakeholder.

Three human behavioural aspects are frequently brought to my attention by Users, not so much in the form of last resort complaints, but more from emotive disappointment, that the actions and behaviour of fellow Shareholders are a “let down” and a compromise to user enjoyment and basic consideration towards others, including wildlife.

The first human behavioural aspect pointed out to me is general behaviour at predator sightings.

To coach and sanction behaviour at sightings the Bush Etiquette - Game Drives, is designed to draw the observer’s attention to a set of behavioural criteria to maximise everyone’s enjoyment and to minimise human disturbances to wildlife. The Game Drive Etiquette has never being incorporated into the Do’s and Don’ts or Management Regulations (a failing in my humble opinion) but preferably expressed by past and present Boards as a “code of conduct” that Users should and willingly volunteer to abide by, without it being necessary to make another set of rules. In other words, every User should want to adopt and practice the following values found in the Game Drive Etiquette:

There are 21 bullets in the Game Drive Etiquette, but these six bullets highlighted above are the common transgressions at most predator sightings, and form the base value of the etiquette, namely due consideration towards fellow man and beast.

User policing at sightings is inevitable and open to varying interpretations where the behavioural boundaries are. This interaction often leads to conflict amongst Users, even aggression and foul language. Photographic evidence of misbehavior is tangible proof, but in the majority of cases most Users don’t wish to become embroiled in an ongoing disciplinary enquiry because after all, this is your holiday home and you wish it to be filled with happy (and peaceful) memories.

The 2013 Member Survey returned the following result regarding human behaviour at game sightings:

“Due consideration” towards fellow man and beast goes a long way in anyone’s book.

The second human behavioural aspect management is confronted with is excessive noise in camp.

I appreciate the close proximity and configuration of bungalows in the camp and “Murphy’s Law” the luck of all the bungalows in a tight cluster being occupied during the same period, but that has not changed over time, nor is it likely to change in the future. There will be noise, there will be socializing around a camp fire with laughter and merriment because that’s what we humans do when we are relaxing and unwinding from the stresses of our working lives.

I believe in any reasonable person’s appreciation of a wildlife area, where we seek to enjoy peace and tranquility, we agree that there may be some tolerance towards light back ground noise but then there is also excessive noise, which is not in keeping with nature! Wild screeching, shouting and singing descriptive locker room jingles through the night is not cool and is totally unacceptable. These acts will be punished, and the perpetrators of such behaviour (again, in my humble opinion) should be named and shamed, because often the implementation of a cash penalty does little to modify and improve behaviour.

Young children noise is a sensitive issue that requires more understanding, because it is beyond the reasoning ability of four year olds. It might be said that teaching little ones from an early age to respect and understand the benefits of peace and quiet in a natural area is worthwhile. One can also understand that they are not designed to be cooped up in a vehicle, bungalow or viewing hide all day long. However, not being a parent, I am no expert in this department, and leave the parenting supervision up to you!

But again, when it comes to human noise surely the value of due consideration is the tenant of courtesy?

This is what the Rules prescribe:

The Radio Protocol is designed to control unnecessary radio use and abuse. My personal viewpoint may be biased because my work career schooled me to respect radio use. It was a work aid to communicate accurate information and a safety aid in the event of an emergency. “Chit chat” was never tolerated or even considered an option amongst work colleagues. Fooling around and randomly engaging the transmission key was always considered an absolute “low down” especially at night when stand-by duty staff were expected to monitor the radio trying to get some sleep after a long day’s hard work.

A radio check is in order on arrival or if checking a battery is charged and operational, but certainly not necessary before and during each game drive?

The radio is there to share a sighting (if you are so inclined), to inform Reception or the Gate of urgent “work” related matters or to call for assistance if you have a vehicle problem or medical emergency. Children should only use the radio in the event of an emergency.

The radio network is operated through a repeater license issued by ICASA and can be spot-checked and monitored by ICASA Officials at any point in time, because the license is issued with certain conditions. Offenders may be liable for a fine or cancelation of the license.