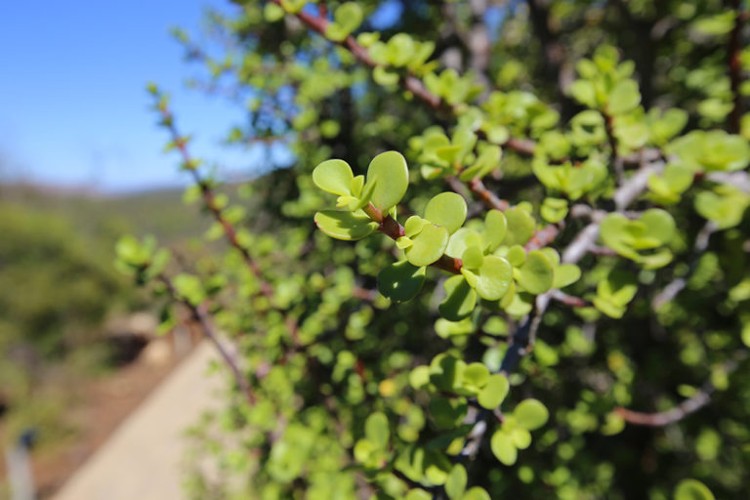 It is found predominantly in the Eastern Cape, and especially in the semi-arid Karoo region, where growing conditions are ideal for this resilient plant. It favours North-facing slopes where it is exposed to maximum sunlight. Thriving in poor soils, it tolerates both drought, frost and fire.

It is an important ‘weapon’ in the fight against climate change.This carbon sponge can sequester more than 4 tonnes of carbon dioxide per year per hectare planted, making it more effective than the Amazon rainforest at sucking carbon dioxide out of the atmosphere.

The unassuming-looking bush with its round, succulent leaves is especially good at photosynthesis (making plant food from sunlight), which produces a byproduct we desperately need: oxygen. It is able to use two of the three types of photosynthesis, while most other plants only use one.

Prior to the advent of large-scale livestock farming, some areas of the Eastern Cape had Spekboom forests so thick that it was said a grown human could walk across the top as if walking on a carpet.

Here are some properties of this wondrous plant: