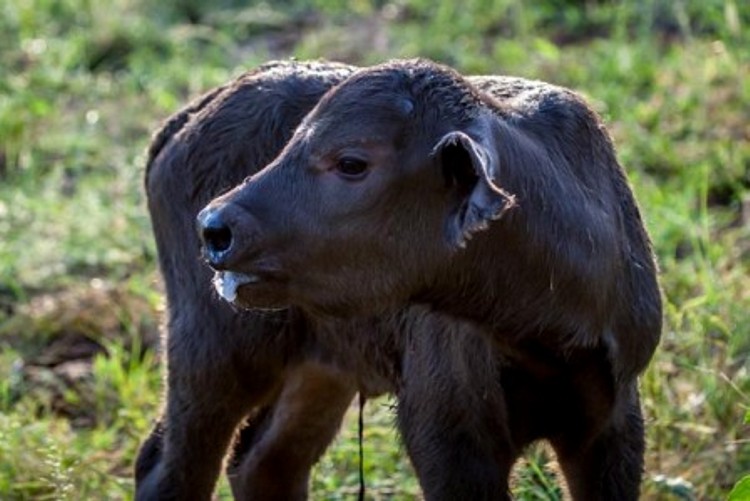 A Member who wishes to remain anonymous shared the following story with me (JL):

“On a beautiful summer morning, the warm air windless until well after dawn, I was exiting Argyle and returning to camp. It was approximately 06h20 when above the noise of the game viewer engine I heard a strange and curious noise. Switching off the motor to identify the sound, the tiniest little buffalo calf suddenly appeared before me. It was newly born, the umbilical cord still stringy and glistening with blood, the soft coat matted dry from the associated birth fluid.

Its bleating matched the cry of shear desperation, urgent to find its mother and protective life form, after presumably being abandoned. I was aware of a large breeding herd of buffalo that had ranged on Ingwelala the preceding days and therefore drew this conclusion.

Not knowing what is best to do, I radioed for management to come and assess the situation. Could the calf possibly be reunited with the mother and herd or perhaps moved to a wildlife rehabilitation centre?

As I waited for help, the little calf became disorientated and increasingly distressed. The bleating grew louder and its movements became more agitated, walking and turning in tight circles. It is human nature isn’t it, you feel responsible and you want to try and help in some way?

I decided to leave the vehicle and approach it on foot. My close presence definitely had some calming effect on the calf as it bleated less, its anxiety waned, and it visually became more relaxed.

My effort of playing the Good Samaritan to this needy beast was short lived. My peripheral vision detected another movement, as close as four metres away. Looking up I saw an adult male lion pausing briefly as he stared down the scene. I cannot describe in words the feeling I had in the split second of making the connection between all the pieces before me and somehow miraculously returning to the front seat of the vehicle.

The inevitable played out in front of me.

The entire ordeal, from initial discovery of abandonment to death, had taken a couple of minutes.

In hindsight, and analysing my actions, it raises a number of questions about my behaviour and human intervention, irrespective of the best intentions. I put my personal safety at risk, but not only that, if things had played out differently and the lion had attacked me and/or killed me in the so called “crossfire”, would I have put the lion’s future at risk, because almost certainly the authorities would have to take some action?

It certainly served as a stark reminder that we need to remain vigilant all the time. Don’t become complacent” 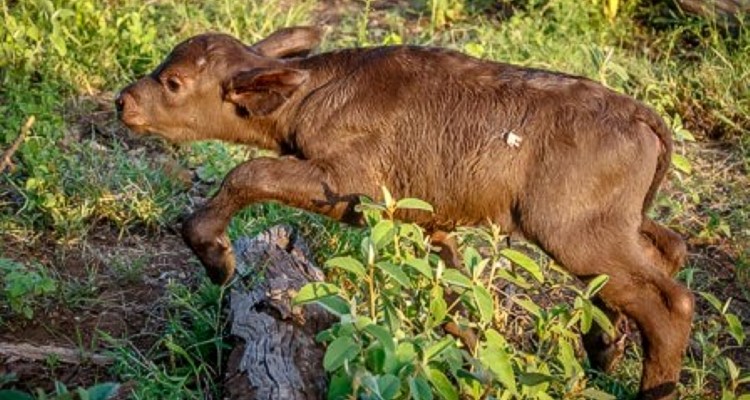 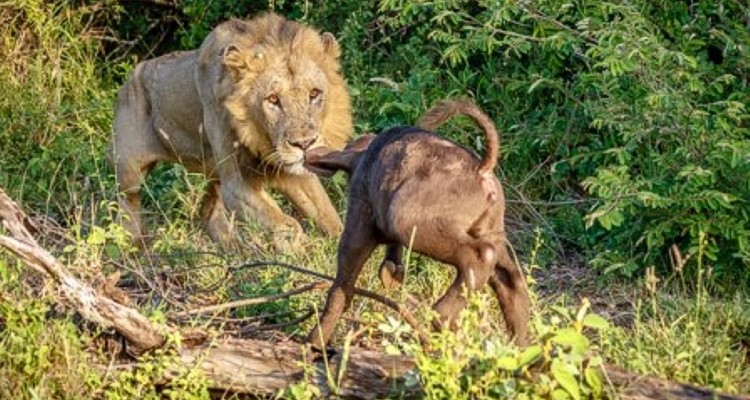 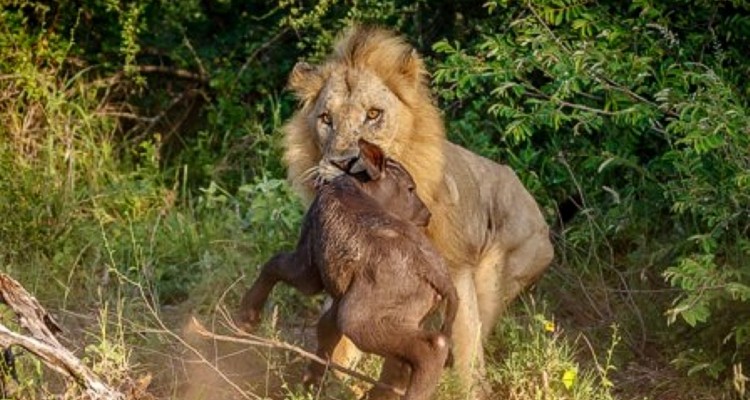 JL: On another day events could have turned very nasty, and so there is much to be shared and learned from this experience and I thank the Member for supporting the educational values it holds.

If one begins with the approved Management Plan for the Association of Private Nature Reserves (APNR) of which Ingwelala is a member, the plan is clear in its wildlife principle that human intervention should be minimised. Obvious intervention and provision in the Plan are for acts of humanness where the Warden may destroy an animal through man-made injury. Examples are road casualties, snared animals and in horrid cases where poachers have hacked off the horns of rhinos after stunning them and not killing them. I am sure many of you have seen the evidence of these gory images in the social media?

The principle then is to let natural processes take place. This allows for natural selection where you ensure that well known saying “survival of the fittest” and retain your strongest and best genes in the population. Think about it, something went wrong with this birth and the buffalo behaviour to either separate mother and calf or the mother deliberately abandoned the calf to save herself and/or others due to the presence and threat of a top predator in the vicinity? That’s the gene you want to preserve.

As callous at it may seem to do nothing and be a bystander, this is nature, and the lion was doing its job. Predators have instinctive tuning to listen out for distress calls of antelopes, for this is what constitutes “easy prey” (another well know saying) for themselves. They prey on the weak first.

A practical example of the above paragraph is an occasional management action known as “predator call up” where you are trying to determine the numbers of predators on a reserve. This method involves the broadcasting of very loud and amplified antelope distress calls at night, at a selected bait station, the carcass of an antelope or livestock. Predators are drawn to the sound of the distressed antelope and the bait is used to engage the predators for long enough to draw identikits. Age and sex demographics in the predator population are determined in his way.

Veterinarians also use this call up method as an opportunity to immobilise predators if tissue samples are required for monitoring or research purposes.

Whilst on the subject of veterinarians, it must be remembered that the State Vet “RED LINE” is east of the R40 in the Lowveld. Buffalo carry foot and mouth and bovine TB so in this case the calf could not have been loaded and taken to the nearest wildlife rehabilitation centre, because it is west of the “RED LINE”.

Are there exceptions to the human intervention rule? Yes, it may be species determined, influenced by legislation. For example, if it was the case of a rare species such as a black rhino then one might well be inclined to intervene where the species is threatened because of human impact, not genetic impact.

Please be safe out there.