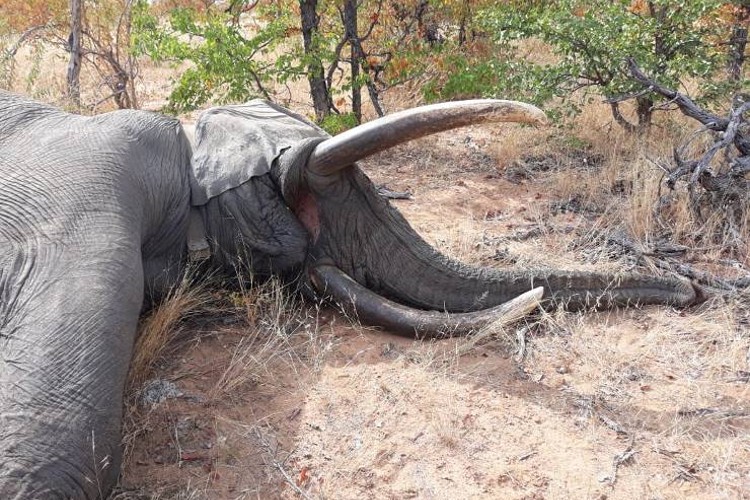 The following images are courtesy of the Umbabat Warden, who assisted Elephants Alive to treat a collared bull, named Matambu, who suffered injuries following a fight with another bull elephant, most likely in musth condition.

He was tracked and darted on foot, south of the Ingwelala airstrip.

Matambu was originally collared on 15 November 2005. He is in the prime of his life age-wise. An interesting fact is that Matambu is completely blind in his right eye, caused by (past) retinal trauma, for which there is no cure. His left eye has a cataract, with limited vision. It is anticipated that over time the cataract will result in total blindness. Although a cataract can be treated, it is the after-care that presents a huge challenge for these giants.

Matambu ranges in the northern part of the Timbavati, the Klaserie and the Umbabat. Elephants Alive report “his tracking data has demonstrated that during musth he still treks long distances to locate breeding herds, before returning to his home range in Umbabat, showing the power of his spatial memory despite his poor vision. We have seen his world become smaller over time and his home range is gradually decreasing with each passing year”.

On assessment of Matambu’s character, Elephants Alive note “this partially blind bull continues to amaze us with his adaptability and noble presence. His disability has graced him with one of the most placid natures you can ever imagine in a bull of his size. As he likes to walk on unobstructed roads, he has developed an exceptional tolerance for the vehicles and people he often intercepts. Long may he still wander albeit in darkness”. 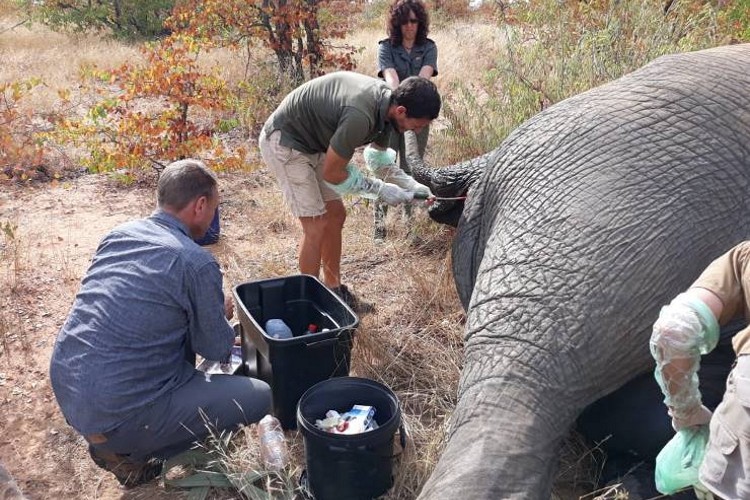