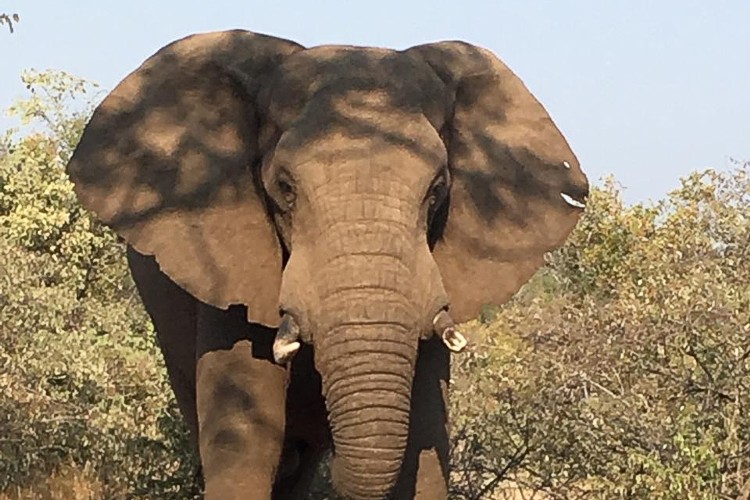 At the time of writing one solar panel pole mount had been pushed over as well as two game viewer vehicles damaged.

Both vehicle incidents happened at night when the vehicles were parked outside the respective bungalows. In the case of the vehicle incident (Land Rover Discovery) that was tusked, the noise alerted the Members, who were able to contact Chris Mayes to respond. There is a positive identity on this bull from tusk and ear pattern.

In the case of the second vehicle (Toyota Land Cruiser), the flipped vehicle was only discovered the following morning. Judging from the spoor left, the elephant did not spend any time investigating the vehicle in a curious fashion, it seems the vehicle was parked in his direction of travel and it simply flicked the vehicle onto its side to make space to walk on!

It was possible to get clear photographs of the spoor, and so it will be possible to match these prints when tracking and comparing the spoor with any elephants that return to camp. This is challenging in itself as the elephants come and go from camp.

Follow up and liaison with neighbouring properties is in progress to understand if others are experiencing similar behaviour from any one particular elephant bull. 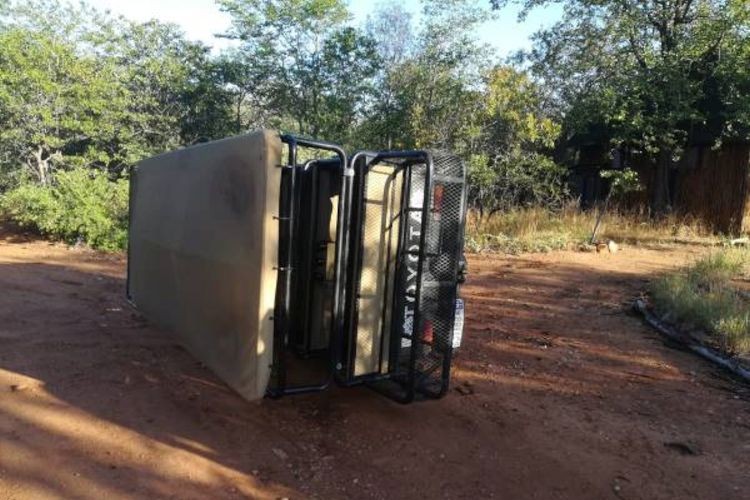 Toyota Land Cruiser flipped onto its side 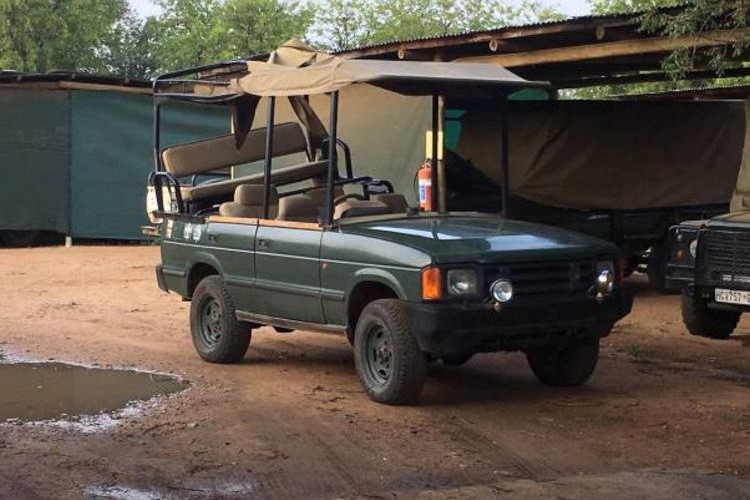