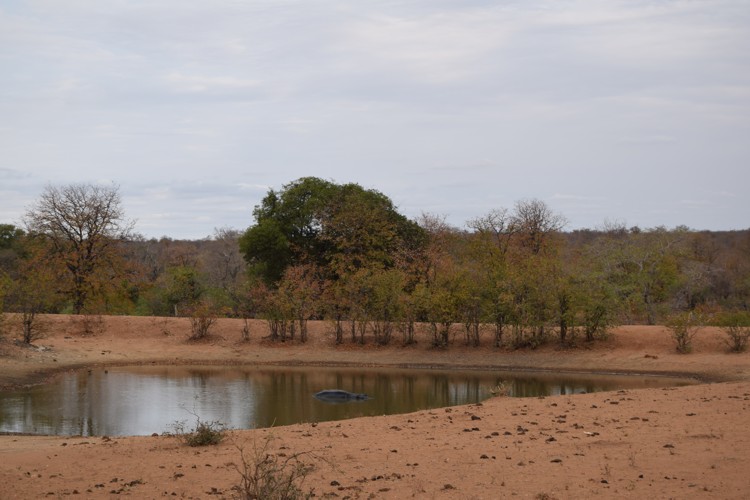 This was Natalie and my 10th Christmas/New Year at Ingwelala. Thank you one and all, for all your support during 2015 and wishing each of you a prosperous 2016. Thank you too, for those of you who joined the staff for the New Year Bash, and especially to Mark and Karen who ably lead the team with the party theme, decal and arrangements. It was a fantastic fun-filled evening, a great way to celebrate the beginning of a new year.

If I may reflect on the year 2015 from an Ingwelala perspective, highlighting five of the challenges and influences that shaped the year it was? I’m talking climate, fund raising for security, security itself, new services for Members and operational tools and equipment.

1. Environmentally the El-Niño effect is certainly in play. Several updates from the South African Weather Service were published in Reserve Reports and Gate Letters, recognising the unpredictability of local weather patterns, forecasting lower than average rainfall in our region and that this cycle is likely to continue in the short time. The latest report reads:

“Most models are showing the continuation of a strong El-Niño episode towards the late-summer season with the expectation to start gradually decaying during the autumn and early winter seasons. The forecasting system is confidently showing that going towards the late-summer and early autumn seasons, the likelihood of dry conditions over most parts of the country is still high. In addition the late-summer season forecast indicates the likelihood of extremely below-normal rainfall totals, which is a continuation of the mid-summer expectation. The likelihood of warmer than normal temperatures over most of South Africa is predicted to be high throughout the summer season. Other international forecasting systems also similarly indicate a tendency of drier and warmer conditions for South Africa.

It is highly likely that the country would continue to experience consistently dry and hot conditions toward the late-summer season. These drier and warmer conditions are expected to be extreme during late summer through early autumn. Even though the country is expected to be generally dry and warm, it is important to take note that extreme rainfall events may still occur, as is the norm for the summer season. This persisting extreme dry and warm conditions for the summer season may worsen the current drought conditions which the country is already experiencing. It is highly recommended that medium- and shorter-range weather forecasts be monitored for the development of conditions that may alter or strengthen the expectation of the current forecast.

Observations show that ENSO is currently in the strong El-Niño situation. The atmospheric response in support of this strong SST (sea surface temperature) warming over the equatorial Pacific is manifested, among others, by the weakening of the trade winds and excess rainfall in the east-central tropical Pacific. Most of the forecast model’s predictions indicate the maturity of the El Niño condition through the late austral summer and its gradual weakening towards the autumn and early winter seasons. The Indian Ocean Dipole (IOD) shows a tendency of a neutral state toward the late summer season. The neutral phase of IOD is due to the continual warming of the Indian Ocean which may suppress the pressure or temperature gradient between the west and the east section of the Indian Ocean basin. This situation may reinforce the adverse impact of the current strong El-Niño condition on our climate system by preventing the transport of moisture from the Indian Ocean to the sub-continent. This scenario is presumably capable of suppressing rainfall activities particularly over the summer-rainfall region of South Africa. The Southern Annular Mode (SAM) shows a tendency of a positive phase since the beginning of 2015 and is expected to remain in the same state with a tendency of erratically changing states around the mean for the coming few weeks. Despite that the role of the SAM is expected to weaken with the dominance of the tropical system over southern Africa region starting toward the late summer season, grows the expectation of climate conditions ranging from drier to extreme dry conditions over the country. It is known that ENSO has a noticeable impact on the climate of our region during the austral summer season and the IOD is found to influence rainfall activity in our region particularly during spring. Furthermore, the SAM is found to affect South African climate conditions by regulating the south/north ward positioning of the mid-latitude Jet stream and transport of associated air masses from the southern Atlantic Ocean and its impact is pronounced in winter.”

I may share a few of my personal observations of (environmental/climatic) influences in the field:

2. The Ntomeni Rangers contracted to Nkorho continue to brave the elements to safe guard our wildlife. However, the year was not without two incidents, this rhino poaching scourge now penetrating the north-west block of Nkorho.

Various fund raising initiatives to support our rangers were driven mostly by Charlie Lynam in Bungalow # 6 and the management staff, raising a handy amount of cash for training ammunition and quality equipment in the field.

Initiatives ranged from offering creative Photo-art, to photographic courses, wildlife images for calendars, sponsorship in road cycle events, to selling boerie rolls during the Rugby World Cup matches and around the swimming pool during the Festive Season, and simple cash pledges. A heartfelt thank you to everyone who has to date supported and continues to support our anti-poaching cause. 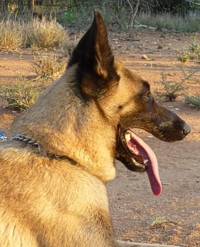 3. The current property loss insurer, Thatch Risk Acceptances, very kindly sponsored Ingwelala a new security dog. The three year old female Malinois, Stormy, is highly trained to detect firearm, ammunition and animal products. Stormy is also trained to track humans. Mark Shaw is the handler and Mark appeals strongly to everyone not to touch or greet Stormy if he is not present, i.e. if Stormy is alone on the back of his Land Cruiser, please don’t walk up to the dog and try patting her!

A sincere thank you to Natasja Blok and her team from Thatch Risk Acceptances for supporting our conservation efforts and fight against wildlife crime. Their understanding, support and generosity cannot be underestimated.

4. In the mid-year the Company launched a number of new services, namely:

These new services are well in place, and steadily increasing in demand, despite some early teething problems! Robere Brockman tries his level best to understand your bungalow’s individual nuances, in order to deliver the best practical advice and service. The staff are here to serve you and hope that through your valued feedback we can continue to build skill capacity and add to the services offered.

5. The Company returned a pleasing financial year end in June 2015. Careful operational planning created opportunities to acquire a much needed 4x4 Tractor replacement upgrade, a suitable work vehicle for the Maintenance Manager and an additional game viewer vehicle for Member rental and hire to Sibon.

The Workshop acquired a new vehicle hoist (ramp) and monitoring its use, I fail to see how Andre Strydom and his team managed without it before!

Additional 220v plug points and soft furnishings were added to the Members Area and swimming pool surrounds. There were some early attempts at experimental land scaping and greening up the Members Area Entrance Way. Time will tell what the nyala, impala and warthog choose not to eat during these very lean times.

Last but not least, thank you to the Ingwelala Board for its steady guidance and directing, for which the staff are ever grateful, and once again to the Membership for your consistent and kind words of encouragement.