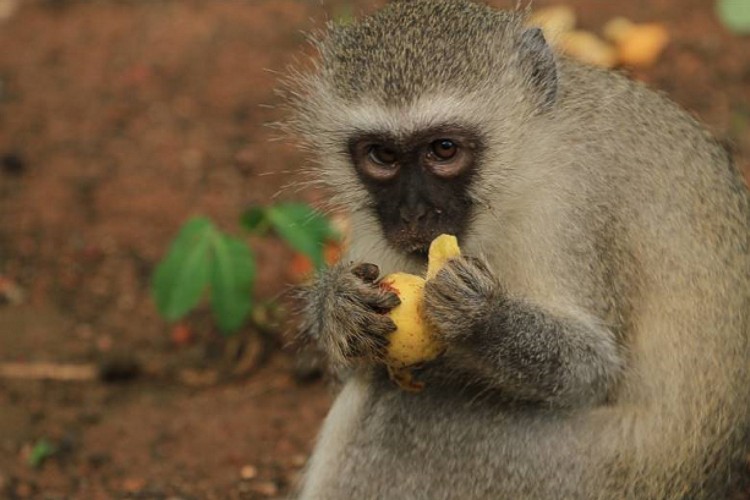 The troop of vervet monkeys (Cercopithecus pygerythrus) that frequents the Reception car park are a growing concern from the point of view of behavioural changes.

During the busy periods of high occupancy in Camp, this troop has learned that there are "easy pickings" to be found foraging through the game viewers in the car park. The dexterity and speed which cooler boxes and picnic baskets are opened and inspected for tasty snacks is simply mind blowing. Another favourite draw card is the easy access to bulging refuse bags, intended to be dropped in the Dirt Box, but occasionally overlooked when passengers alight from their vehicles, heading off to attend to other duties and needs. The volume and type of litter collected in and around the car park by the Grounds Staff is testament to this oversight.

There have been numerous complaints from (especially) mothers of small children where the larger bull monkeys show no fear of women or children trying to “shu-off” the monkeys from the tables and chairs at the swimming pool or the game viewers in the car park. The monkeys display challenging and intimidating behaviour, hoping for an opportunity to nip in and grab food off a table, or seize a dropped morsel from a young child. Thankfully, hand snatching, has to date been a rare occurrence. An unintentional or warning bite with a hand snatch spells an obligatory anti-rabies course of injections, which itself is an inconvenience to anyone’s planned itinerary. That the level of aggression and intent to ambush can and will increase, may only be determined in time, if the food source does not entirely disappear.

Applying to the Authorities for permits to destroy what is termed “problem animals” always comes under scrutiny where the questioned is asked to please identify the suspected cause of the problem? Secondly, identifying the correct offenders in a large troop can be challenging, and thirdly, discharging a firearm in a busy populated area is not an option at all. Therefore, dealing with a “problem” monkey spontaneously is a near impossibility.

A personal observation is that after the Camp baboons were euthenased this particular troop of monkeys seized an opportunity to establish some form of territorial “control” where they recognised a lack of inter species competition. This in turn built their “confidence” if you like.

I believe there remains an opportunity to turn the tide. A new troop of baboons has taken to roosting in Camp, and it will be interesting in time to observe any reaction from the monkeys. To achieve a turnaround will mean that as people, our behaviour and attention to detail will require urgent attention.

What can humans do to make a difference?

Vervet monkeys are from the genus Cercopithecus which refers to long-tailed monkeys. The long tail is an essential adaptation to assist with balance and tree climbing in the finer reaches of trees. In Afrikaans vervet monkeys are known as blouaap and as nkawa in Xitsonga. Vervets are extremely social in nature and survive in structured troops, where individual numbers can be as many as 50. Both genders form their own respective hierarchies.

In Southern Africa there is considerable colour range amongst different populations of vervet monkeys, however, colour of adult body coat is generally silver-grey with the characteristic black face. Of interest is that front and rear limbs are of similar approximate length. The males are larger and heavier than the females, maximum weights are 7 kgs and 5.0 kgs respectively. Vervets may be confused with samango monkeys, Cercopithecus albogularis, the latter is a larger monkey with a specialised habitat of taller and denser forest.

Diet is mainly vegetarian, and natural ranges include woodlands and savannah systems that provide suitable food, water and shelter. Vervet monkeys adapt well to city environments and are known to be destructive crop raiders. Natural food ranges widely from leaves to buds and shoots, flowers, seeds, berries and fruit, depending on seasonal availability. Vervet monkeys play a key role in the environment to aid seed dispersal and germination after seeds pass through their digestive tracts. Insects are eaten occasionally.

The IUCN status for vervet monkeys is Lower Risk/Least Concern.

Communication is key to survival. Three categories of communication have been identified in vervets, namely alarming, aggression and wanting. When alarming, vervets use different calls for different predators.

Vervet monkeys mostly are preyed on by raptors, snakes and leopards. Canine teeth are long, they protrude from the gums. Colour vision enables vervets to distinguish between ripe and unripe fruit.

Breeding is seasonal, where the timing of young are born after the summer rains, from March to May. This coincides with an abundance of food. Females never leave their natal group, whereas males leave the troop at puberty. In males the genitals are brightly coloured, the females have one pair of mammae on their chest. 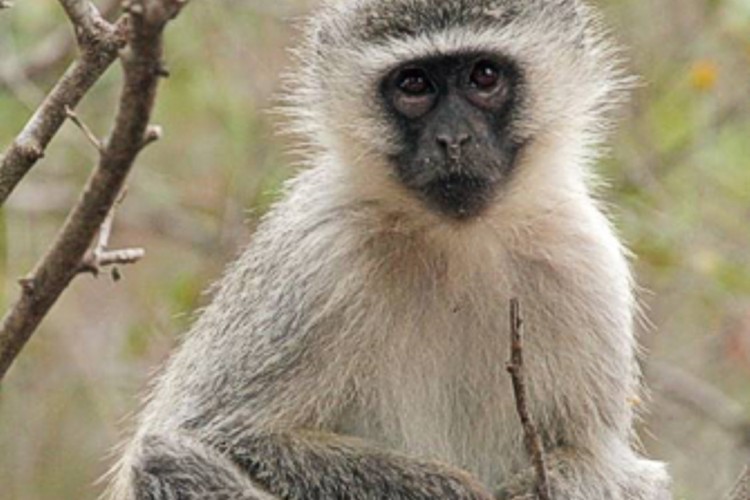 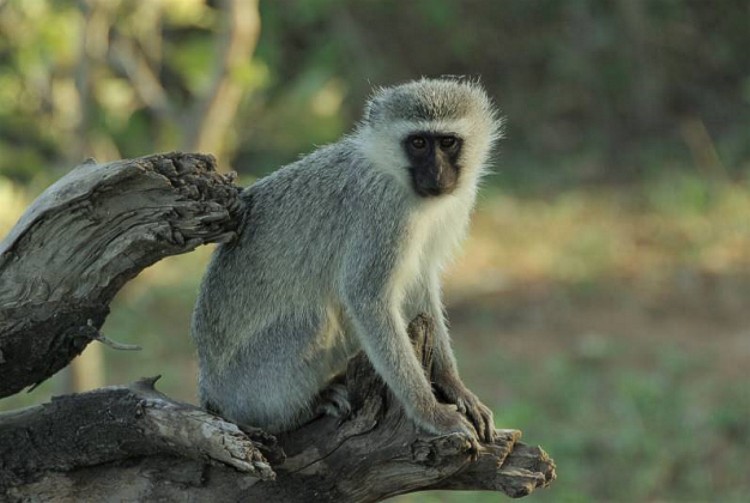 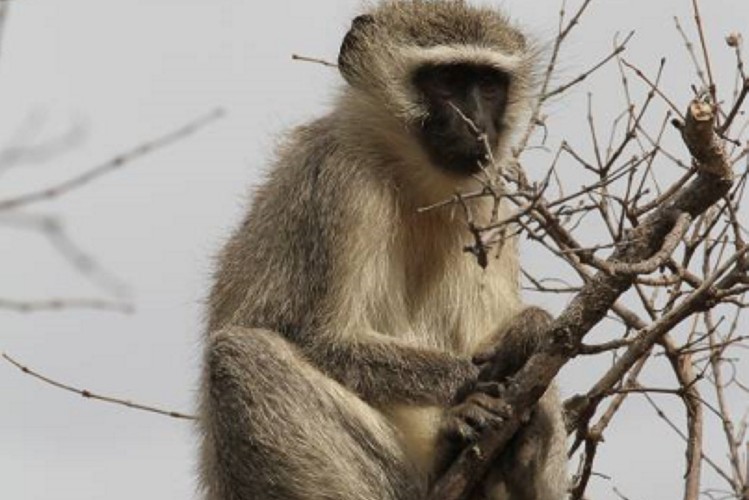