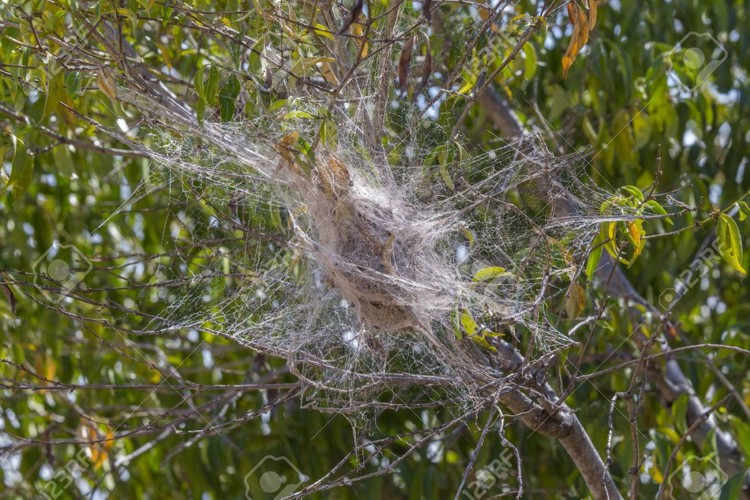 Users visiting Sibon recently will have noticed the large social spider nest/web in the marula tree above the gazebo area. In South Africa the social spider Stegodyphus mimosarum occurs in the eastern parts.

They are small brown grey spiders with dark facial markings. Females are larger than males.

Social spiders are interesting because there are several advantages to living in a colony:

Nests are naturally constructed (mostly) in thorn trees in the Lowveld, but artificial aids such as posts and fences are also used. A nest may be initiated by as few as two spiders. Migration is initially by females who start a new colony. Nests are occupied for several years by successive generations. Birds utilize the silk for nest lining.

Within the colony body size and condition determines what function individual spiders have. Smaller spiders attend to web maintenance while larger spiders secure food. Those with poorer body condition attend to foraging.

Globally there are approximately 39000 known spider species. The majority of spiders prefer solitary lives outside of mating. Where spiderlings eat their parents it is known as matriphagy.

Facts researched on the Internet, text by John Llewellyn.