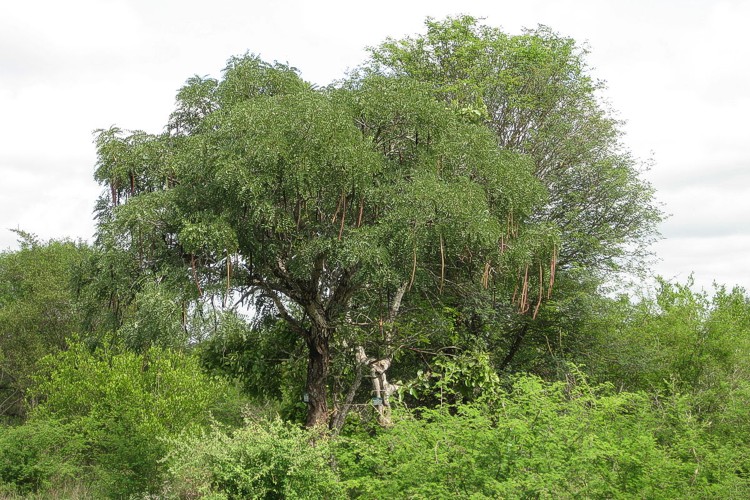 The Sjambok pod (Cassia abbreviata) is a deciduous tree that is easily identified through its exceptionally long tail like seedpods. An alternate common name is the Long-tail Cassia.

In Afrikaans it is known as the Sambokpeul and in Tsonga as Numanyama.

It is a small to medium sized tree, in the Lowveld the subspecies beareana occurs. It averages around six metres in height, but can attain a height of double that. Distribution is through East Africa in low to medium altitudes with Mpumalanga being its southern most range. The Sjambok pod is an adaptable tree that grows in open woodlands, along watercourses, slopes and in the vicinity of termite mounds.

The brown-grey bark on the stem is rough and fissured in a longitudinal fashion. The crown is usually rounded in appearance. Leaves are paripinnate compound, also contributing to its identification when pods are absent. Dark yellow flowers are produced at the ends of branches in early spring. If the flowers occur before the leaves, the flower display is outstanding, though only lasting for about a 4-week period.

Various parts of the Sjambok pod are traditionally used for medicinal purposes. Roots are used to treat bilharzias, blackwater fever, toothache and severe abdominal pain. Headaches are cured by inhaling the smoke from burning twigs.

The Sjambok tree can be easily grown as a garden tree, but is extremely frost sensitive.The cylindrical fruit form these very long pods that can measure up to 1 metre in length. They can have a velvet touch. Baboons and monkeys feed on the pods, rarely utilised by browsers. 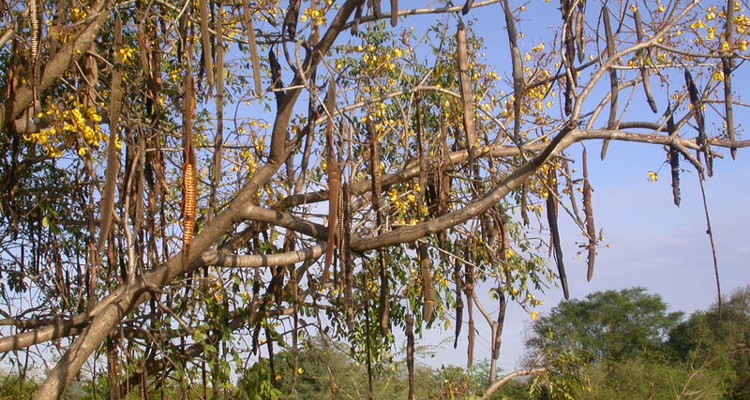 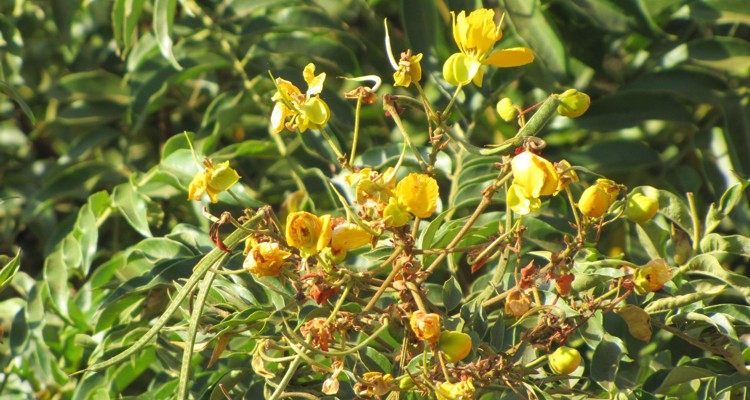 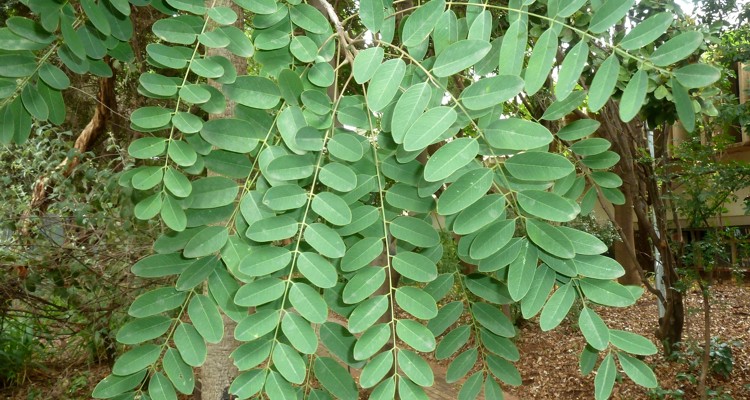 Words and pictures by John Llewellyn. Facts researched off the Internet.