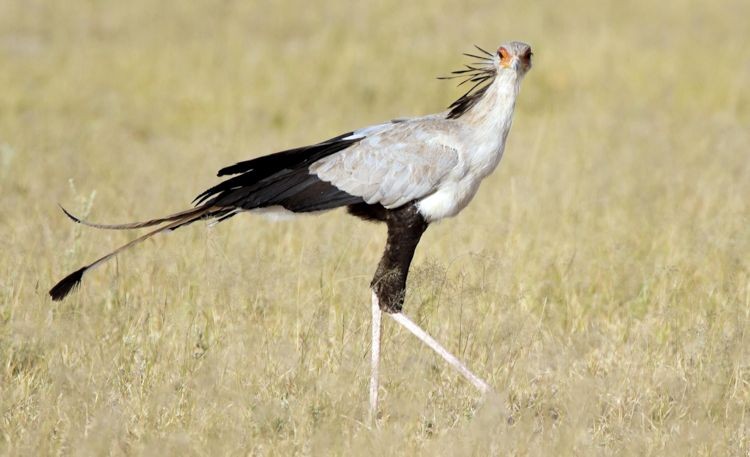 It is thought to derive its common name from the long quill-like feathers on its head crest, giving the impression of (in days gone by) an office secretary sporting quill pens stowed behind one’s ear, which is another distinguishing characteristic.

It belongs to its own family, Sagittariidae, of the order Accipitriformes. The Latin meaning of Sagittarius is an archer with arrows and serpentarius refers to the hunting of reptiles.

Of concern is the Secretarybird’s IUCN status in that it is listed as vulnerable. The sadly declining population trend is due mainly to habitat destruction.

Its range is sub-Saharan Africa and occurs throughout South Africa. It can survive from sea level to 3000 metres. Preferring grasslands and lightly wooded areas, it hunts its prey while walking vast distances in search mostly of reptiles, lizards, rodents, tortoises, insects and small mammals. Opportunistic scavenging off carrion may also occur. As it walks through the veld looking for food its gait is most noticeable, with deliberate movements of feet action scuffling grassy patches to flush out unsuspecting prey.

An endearing and typical behaviour of the Secretarybird is the manner in which it runs along the ground gaining momentum before taking to flight and again on landing.

Secretarybirds are non seasonal monogamous breeders, choosing flat crowned Acacias for nesting sites where a shallow platform of sticks is built at least 5 metres above ground level. Courtship displays take place in the form of fancy flight patterns and calling.  Incubation of the 2-3 eggs averages 45 days. Not all the chicks necessary survive, especially the last hatched. The chicks are vulnerable to predation from other raptors in the reasonably exposed nest. Fledging occurs after approximately 70 days.

More facts about the Secretarybird: 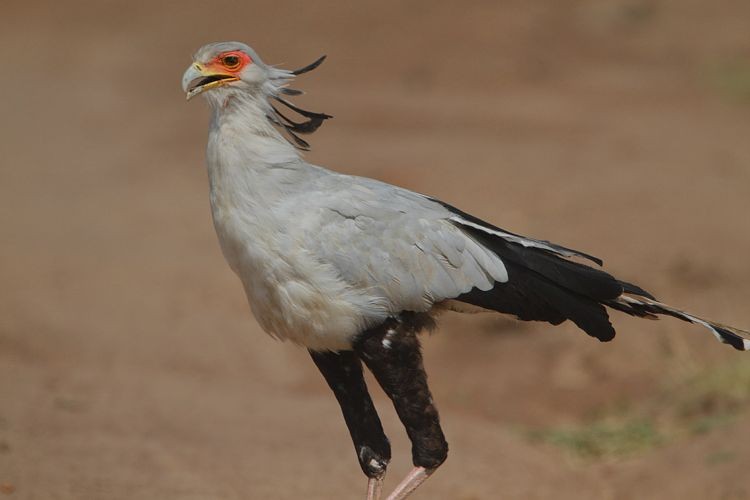 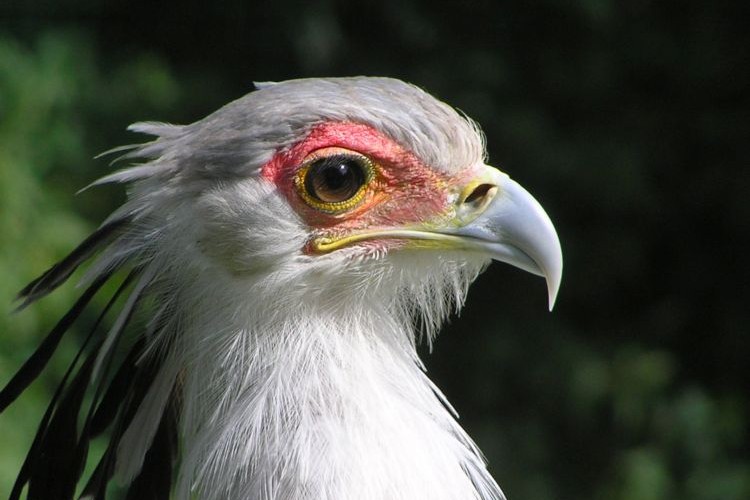 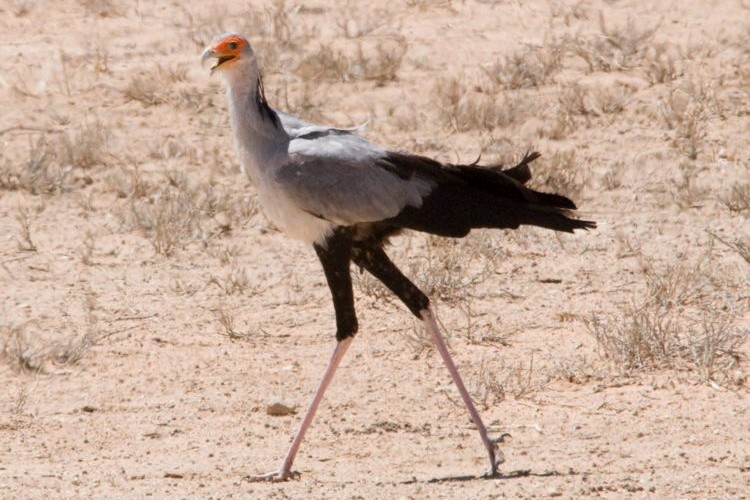