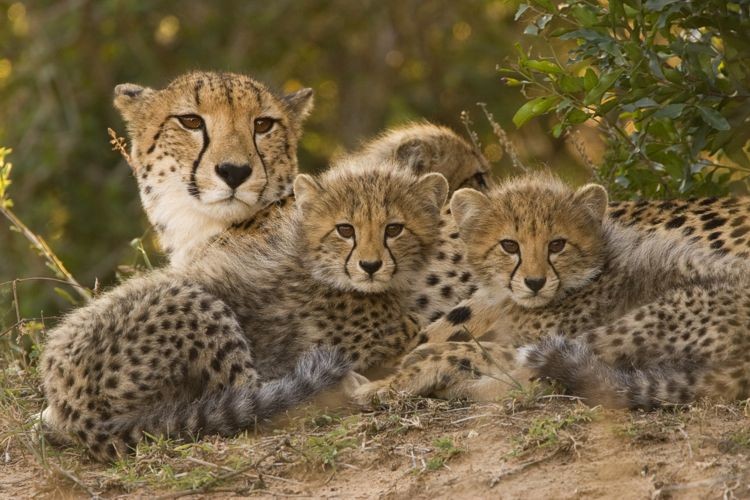 The Cheetah, Acinonyx jubatus, is a rarity on Ingwelala. Researching cheetah facts on the Internet allowed me to discover many interesting facts about a species so seldom seen in our neck of the woods.

Cheetahs are part of the Puma lineage which falls under the cat family, Felidae. Another name for a cheetah is a hunting leopard. Apart from the routine coat markings of a normal cheetah, there exists the King Cheetah, which is defined by larger spots and three dark broad bands that run down the centre of its back.

The physical characteristics of a cheetah are a sleekly overall shape, smallish rounded head, long tail and longish legs. The coat has numerous dark spots, giving the cheetah its “spotty” appearance. The face has two distinct dark stripes under each eye, commonly described as tear-like in appearance, clearly visible in the picture below. Size wise, adult shoulder height averages 80 centimetres and maximum weight can be as much as 70 kilograms.

In Africa, cheetahs occur mostly in the southern and eastern parts of the continent. Historic ranges have been reduced by as much as 90 %, mainly due to habitat loss. Habitat can be semi-arid areas, open savannahs and scrub forests. The cheetah IUCN conservation status is Vulnerable. Population estimates in the wild are 7000, with a recognised decreasing population. The wild population in South Africa is estimated at 1000.

Speed is the name of the game that has awarded the cheetah first prize for being the fastest land animal on earth. It has many physiological adaptations to help it achieve enormous speeds, short burst sprints of up to 120 km/h. This is an incredible tool for hunting. Physiological adaptations include enlarged nasal passages to ensure unrestricted air flow at high speed. It keeps the blood sufficiently oxygenated while simultaneously the respiratory rate increases exponentially. Its streamlined shape is aerodynamic. Hunting success rate is less than 50%.

Reproduction commences when sexually mature females experience an oestrus cycle. Males will compete for mating rights ensuring the dominant male’s genes are passed on. Gestation is approximately 90 days. On average 3- 5 cubs are born. The cubs’ eyes are shut at birth and only open several days later. The newly born cubs are kept in thick vegetation to avoid detection from other predators. Cub mortality is high, as high as 75%. Inter birthing intervals is between 17 to 20 months. Cubs wean by 6 months and may accompany their mother for up to 20 months, learning the fine art of hunting during this family time.

Threats to cheetahs include conflict with livestock farmers, snaring (illegal hunting), inter- species competition with other predators and general habitat loss from human development and settlements. 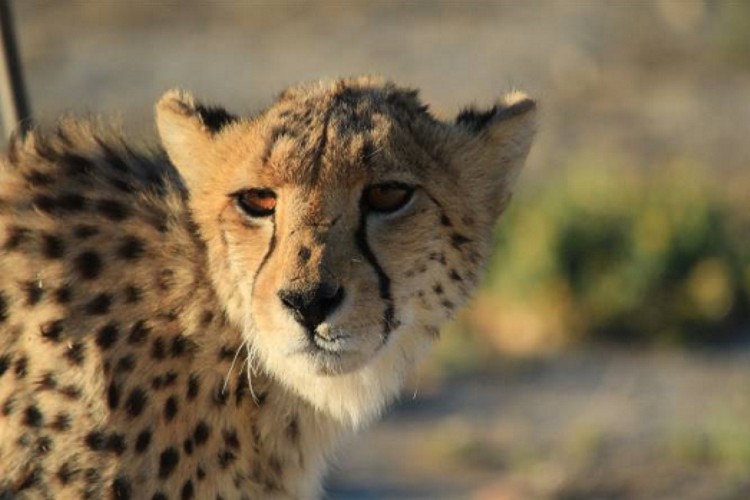 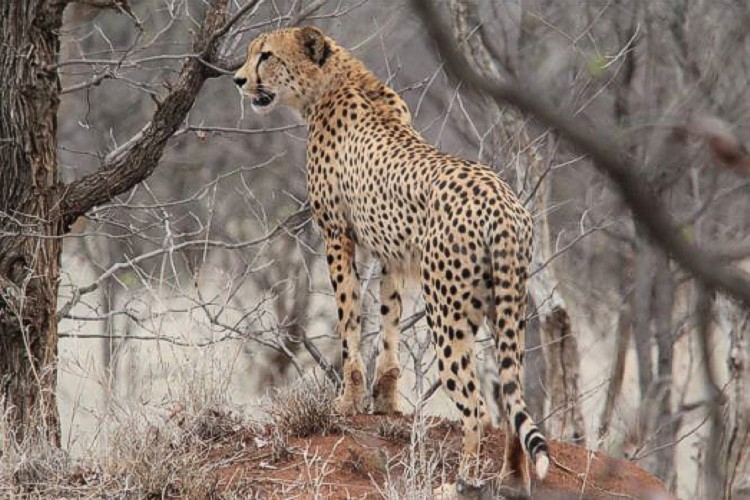 and circular pattern on tail tip. 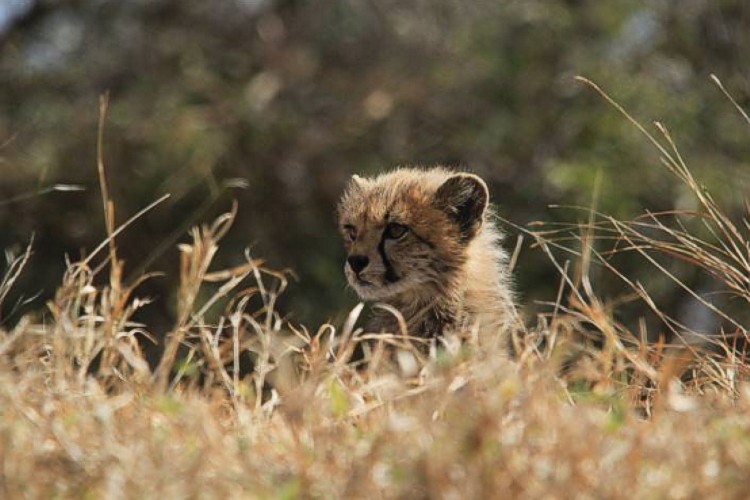